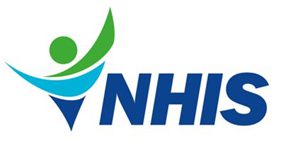 The Health Accounting Staff Association of Ghana, (HASAG) has called on the government to, as a matter of urgency, delays in the release of National Health Insurance Scheme (NHIS) funds.

According to them, the situation coupled with other financial concerns, had created challenging times for hospital managers, which, if not addressed could potentially land most hospitals in serious financial crisis.

The National President of HASAG, Mr. Justice Ahorlu, made at the opening of the 6th Annual General Conference of the Association in Cape Coast on the theme ?Empowering the Health Finance Professional for Effective and Efficient Health care delivery in Ghana?.

The objective of the five-day conference is to whip up participants? interest, involvement and commitment in the practice of healthcare finance in the mainstream healthcare delivery and also advice stakeholders on the challenges facing the health finance and the way forward.

He said the NHIS fund, which is officially the mainstay and financial backbone of all hospitals? finances, had been unduly delayed for six months and was also unhappy that the tariff was fixed without any scientific cost survey coupled with its attendant irregular review which takes more than two years instead of six months.

?These days, most suppliers are not enthused about dealing with hospitals due to delayed settlement of bills?, he said.

But the reality, he said, was that hospitals continued to pay for their capital expenditure, a situation that had resulted in the depletion of the funds meant for operational activities

Mr. Ahorlu said changing trends of healthcare financing required an urgent survey on financial sustainability of hospitals in providing the standard of care to clients.

He said the human resource mix of finance professionals in the health sector had a huge potential to transform and turn around the financial management of the sector and called for strategic support to deliver on the initiatives and innovations put in place to address the merging financial challenges.

Mr. Sam Boateng, Head of the Financial Reporting and Monitoring of the Ministry of Health, gave the assurance that the Ministry would continue to provide the resources despite its constraints.

He said accountants had a bigger role in ensuring that scarce national resources were safeguarded especially in the era in which there had been issues regarding malfeasance and fraud across the public sector.

?The recent spate of suspected Payroll Fraud should stretch your vigilance to its zenith,? he said.

The Central Regional Minister, Mr. Aquinas Quansah, said the current spate of financial malfeasance and scandals had virtually eroded public confidence in the accounting personnel nationwide which did not reflect the integrity required of them.

He said financial leakages, adherence to procurement practices, unjustifiable expenditure and collaboration with supplier to inflate prices of incoming goods among others was not in consonance with their work ethics.

The Central Regional Director of Health Service, Dr. Samuel Kwashie who chaired the function, urged members of the Association not to fear transfers but be bold and stand by their integrity, live up to responsibilities as technical advisors and not allow others to manipulate them.

Federation calls for a resolute labour front in Ghana