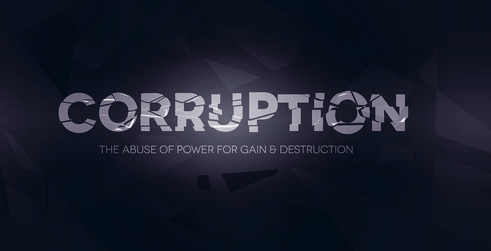 Kofi Ali Abdul-Yekin a Ghanaian based in United Kingdom and founder of GPPP, takes an insight into how Anti-Corruption Campaign and groups impact Ghana’s electoral process and results.

Dear Fellow Ghanaians, I just receive this alarming post from my Safari Radio contact as an item being circulated around. I am sure it might have got to you as well but if not, then it is about a very traumatizing video of a family desperately trying to escape from danger poss by heightened angry mob.

My judgement on the mob’s language of communication, the looks of those making up the crowd and the surroundings, indicate no any other place on earth than my beloved Republic of Ghana. I could not convince myself that this has nothing to do with the just concluded general election, as the sender wanted me to believe.
I could not stop myself from conceding that the electorate in the just concluded election voted massively in favour of the main opposition political party, at the expense of the party in government, because of the insensitivity of the dismissed administration. It was indeed a bloody knock on the lose by the Ghanaian electorate to the incumbent, in protest to a dishonest administration.

Of course, I could not make out the exact location in Ghana where the mob chase took place but the questions that continuously cross my mind is who could these individuals might be and why are they being attack? How many of these attacks are currently going on that might not have been brought to our attention? Could the victims be EC (Electoral Commission) officials being chase by the locals out after the announcement of the result? Could this be EC official under siege because of the built up of suspicions and tension that characterize the delay in the EC announcement of the result, while the figures are already been made public by the media? Could most of these possible attack on EC officials from.

Such unnecessary delay been avoided and everyone knowing exactly what they should know, if the mandated EC officials (Constituency Chief representative) at the Constituency collation centre announce the result publicly on a live TV converge, before the party representatives/media officials are than merely handed over the signed copies of the Pink Sheets? Well, the EC or the police have not yet made these concerns public to the best of our knowledge and I am choosing to believe that this has nothing to do with non partisan public officials of the state.

It is however fair to note that the endless silence and the contentions amidst counter claims that started, nearly did not only out everyone on the edge but might have led to a very bad end. It will.be hard to deny that any sad experience still being suffered, even long afterward, has something to do with the brief build up.

The next possible explanation is whether what was captured in the video is an experience of a politician who might have just lost an election, escaping from an angry mob, in company of his/her extremely frightened family member. Clearly these individuals are being prevented from leaving alive by the locals who wanted nothing short of death to an assume enemy. And if this family manage to escape alive, the scare of fear associated with such incident will be with them forever. One can also say the these victims are party supporters attacking a party candidate who they believe let them down by his or her performance in the election. The big question still remain, why should local youths take the law into their own hands in physically attacking anyone? How did it come to this? Why must this be accepted to any Ghanaian or happen in any part of Ghana? How many more of this is happening? Is this the purpose of the election? Is this an acceptable part of democracy?

If this is a form of protest and demonstration of the will of the majority, how best is this done than by voting those who think of themselves as being above the law to be size into shape? Is that not exactly what the electorate have done? Could this be a case of electorate who do not trust those they elect into office to live up to their words?

It is indeed true that Ghanaians were told that their money were being stolen by the politicians as the reason to why the majority of the people are condemn to the life of perpetual poverty. Cases like; Wayome Judgement Debt, Ford Car Gift to the President, Over inflated Bus Branding to party cronies, etc were use as confirmation to the accusations. The ill-manner of our redeemable corrupt political public officials, were use to explain why the Kaya yo with baby strap on her back and the haggard looking truck pusher claded in rag, abound our cities.

Ghanaians were then ask in this election to vote out those they believe are stealing their money, for the corruption to stop. Ghanaians have done exactly that. Ghanaians have now voted out those who are believed to be enriching themselves at the expense of the population, using the power entrusted upon them as mandated by the people.

Now, the same mandate the Ghanaians gave those who become empowered enough to misuse the authority of the state to enrich themselves, is now the same one that has been given to the new team. Why then must anyone physically attack any other Ghanaian when those who were allege to enrich themselves by the state authority did not do so violently but by the lawful means of the state?

If anyone has use the state authority to enrich themselves at the expense of the voters/tax payer, the same means has to be use to retrieve the mandate and the ill-gotten wealth. So no one deserve to be physically attack as that will never bring the stolen wealth back. Remember the Revolution and the accusation that our money were stolen and hidden in Swiss Banks. Yes, we physically terminated the lives of those we suspected but retrieving the money never happened. All we want is our money back and not the lives of the innocent Ghanaians who merely err.

Ghanaians want their money back into the coffers of the state and that is what the electorate voted for. Ghanaians want the due process of the law to be fully explore and fairly engaged, in establishing that any wrong is fairly address. Where the court establish that the resources of the state were use for personal gains, such privileges must be retrieve but only by the court. And where the court believe the state wealth were use to facilitate the acquisition of personal assets, the beneficiary must be deny the benefits associated with such assets, to the advantage of the state.

The exercise must be very transparent and free from.any form of personalization and vindictiveness. All steps must be taken in ensuring that justice is separated from witch hunting, with fairness helping to serve as a form of detriment to others who might intentionally make similar mistakes in future. We all.have a duty of making our laws and justice to mean something.

This is the only way the new government can earn the practical phase of the faith Ghanaians have invested into them. So bearing in mind that the out going administration made these same allegations to win the 2008 election and they got away with it in the 2012 election, without addressing the issue of public office abuse, the new administration may not be that lucky if the choose to try the tricks of the previous administration.

The fact that Ghanaians couldn’t be fooled in 2016 despite the desperate effort of employing the threats of tribalism to divert the attention of the electorate from failed promises, it is advisable for the new administration to know better. 2020 is just around the corner and those who have just been mandated by Ghanaians to address these concerns have the responsibility of winning the trust Ghanaians have invested in them.

We are fully aware of some strange voices calling for a truce as basis for peace, instead of fairness in to all. But why should anyone be scare of being investigated fairly if he or she has nothing to hide? Why should respected persons who have champion the War Against Corruption and public office abuse become a “Peace Ambassador” all of a sudden? Are these not the same people who talk sweet about “Better Ghana for All” claiming that corrupt public official is why the Ghanaian Socialists Dream is not yet realize? Was it all acting and never meant what they tell us on radio and tv?

We are keenly watching the new watchmen and hope they live up to the expectations of the Ghanaians. They can also choose to focus on other important national matters, like massive road construction, with their party members fronting as contractors. We are aware of the recent reminder that Ghanaians are easily forgetful by the very people who were pretending to be engaging in more important national ventures.

The new administration can choose to pretend that they did not tell Ghanaians that thieves are enriching themselves in our public offices and only start to witch hunt when election is just around the corner. You can choose to get bolder with each passing day, recruiting shameless half minded professionals to be defending questionable political behaviours of politicians on our media stations. You can even choose to pretend to be telling us that our hospitals, schools, offices, courts, police services etc, are all free, while consumers are charge at the point of demand. You can choose to buy all our radio and TV stations to sing your holy praises, while we suffer the evil in silence.

Four years is just around the corner when the day of reckoning shall be hear again. Ghanaians are now in charge of the votes and all politicians must beware!!!!