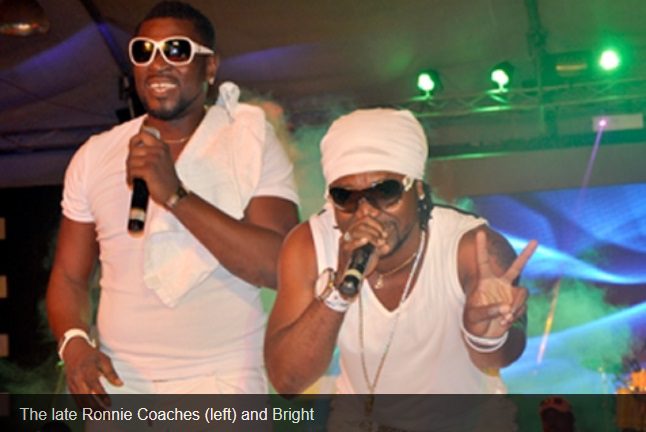 Bright Bling Sparkles spoke openly on what it feels like to miss?Ronnie.

According to him, Ronnie’s death is still fresh in his?memories. ?It?s still fresh in my memories; after a year of his departure, it?s hard to let someone as close to me as Ronnie just vanish in my thoughts! That?s like cutting my limbs off and not screaming in pain. It still hurts because part of my life was structured with and around him as a unit.

He explained that they all worked so hard as a unit to build their brand, and that it will be respectable to Ronnie that he carries on the legacy of Buk Bak and pass it on to the next generation of Buk Baks.

“I am still Buk Bak and have God?s army behind me as we showed in the Gonja Barracks video! A militant man never lays his arms down. Society needs a voice to bring forth our daily struggles and Buk Bak finds a way to voice it out with a bit of humor attached. I am not alone. God is with me and Ronnie is still very close to my heart.?

?….As far as releasing new music, it?s highly possible because Buk Bak still have some unfinished works that needs to be finalized but I haven?t decided on that yet.

He said, she was?opened to collaborate with new groups.