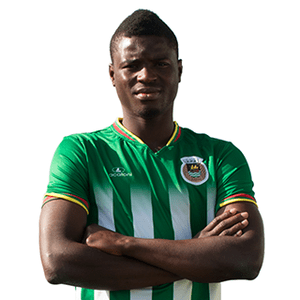 In-form Ghanaian midfielder Alhassan wakaso  says he is delighted after scoring to help his side to progress in the Portuguese Cup.

The 23-year-old midfielder who was returning from suspension controlled a well weighted pass from Portuguese team mate Joao Novais before striking the ball low and hard beyond the goalkeeper in post for Vitoria Setubal.

Before that Korea international Hyun Jun had given  Vitoria Setubal the lead but the Ghanaian pulled parity for his club.

“I am really delighted with the game and I enjoyed it given I was really fresh for this one,” the Ghanaian told GHANAsoccrenet.com

“We played well and the opponents were also very strong but in the end we deserved the victory over all.”

“I am really happy to have been able to find the back of the net.”

The midfielder who is the younger brother of Las Palmas midfielder Mubarak Wakaso has shown tremendous professionalism and exemplary form since joining Rio Ave from Portimonense in 2013.