The government has been asked to take steps to establish a bamboo research and technology centre to aggressively promote bamboo production in the country. 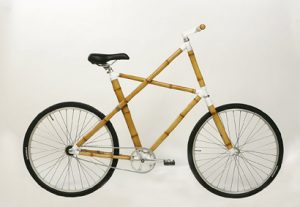 Mr. Michael Kwaku, Director of the International Network for Bamboo and Rattan (INBAR), said it would allow for research into the development of new species, cultivation and processing.

He told the Ghana News Agency (GNA) that such a centre would help ease the pressure on the nation’s timber – end the over-reliance on wood.

He said INBAR had undertaken many research projects and introduced new technologies with bamboo and that it was important to transfer these to the local farmers and manufacturers.

He underlined the need to provide the farmers and producers with hands on experience and expertise in the use of modern technologies to make maximum use of this natural resource.

Mr. Kwaku mentioned bamboo house construction technology, bamboo laminated boards for furniture, bamboo charcoal, bamboo delicacies and bamboo arts as some technologies which could be explored at the centre.

The centre could offer knowledge on cultivation, harvesting, preparation and processing of the commodity.

“Old technologies could be replaced with modern technologies which would save cost, time, labour and reduce waste of bamboo and rattan materials”, he added.