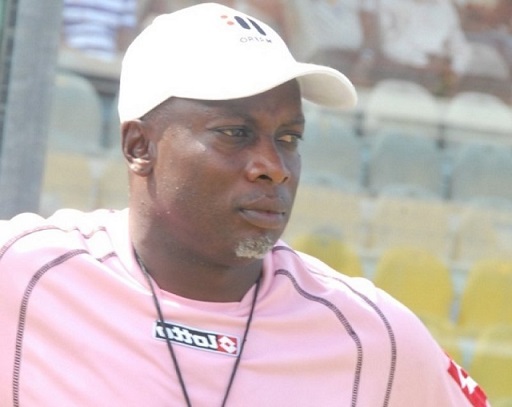 Coach Preko took over from Coach Annor Walker who has been hospitalised after leading the team to some important victories in the league and would be seeking to see the club regain their form in the league when they meet their rivals.

Coach Walker who masterminded their flying start to the campaign, is currently on admission at the Ridge Hospital in Accra, seeking treatment as his recovery date continues to drag.

Aside being the first test for former Black Stars player, Coach Preko would be seeking to return the Wonder Club to its winning ways after suffering a home defeat to Ashgold in the last league match at the same venue.

Their last victory in the competition was in December when they pip West Africa Football Academy (WAFA) in a match day five encounter at the Accra Sports stadium and later drew with Ebusua Dwarfs (1-1), before losing 2-1 to Aduana Stars at Dormaa.

Great Olympics again, suffered their first home defeat last Sunday when they lost 2-1 to AshantiGold SC bringing to an end a four-game unbeaten run, and currently sits in 7th place in the League log with 11 points, four behind leaders AshantiGold SC.

The former Hearts of Oak assistant coach would heavily rely on star man Gladson Awako, the man who was recently announced as player of the month for December, with Samuel Ashie Quaye, Philip Nii Sackey and Michel Otoo to get back to winning ways.

Coach Dani Mujkanovic who replaced Herikh Lehm last month has yet to hit the ground running as he has won one and lost one in his first two games.

Great Olympics, looks good to return to their winning ways and picking thr three points at stake but would need to work harder and hope to get their star man Awako in good form to make this a reality.