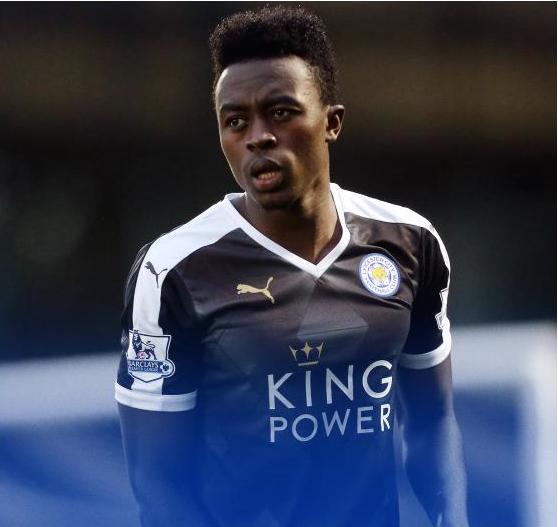 The tricky wideman helped the Foxes to a 4-1 victory in the second round of the Capital One Cup over Bury at Gigg Lane with three well taken strikes. Dodoo first volleyed in off the crossbar, before two neat finishes late on saw the winger take the match ball home, and in turn entered Leicester City?s history books.Now, we take a look at all three players that have managed to kick-off their Foxes career with a treble.

Archie Gardiner vs. Portsmouth ? 21 February, 1934 The first ever City player to score a hat-trick on his debut for the Club was centre forward Archie Gardiner.Archie played for Leicester City between February 1934 and October 1934 after signing from Scottish outfit Hearts.On his first appearance in a City shirt, he scored four goals in a 5-3 win against Portsmouth on 21 February, 1934, netting the first goal after just 90 seconds.Two games later, Archie continued his goalscoring exploits with another hat-trick, this time on his home debut against Arsenal.He only played 19 times for the Club, scoring 11 goals in the process before moving to Wrexham in October 1934.

Jeffrey Schlupp vs. Rotherham United ? 9 August, 2011Ghana international Jeffrey Schlupp marked his first ever appearance in a City shirt with a stunning performance in a 4-1 win over Rotherham United back in 2011.His three goals against the Millers proved to be a suitable introduction for the Academy graduate, who made his 100th appearance for City in their victory over West Ham United earlier this month.Jeff scored his first Barclays Premier League goal for the Foxes against Burnley last season, eventually taking his tally to four goals in the 2014/15 campaign.At City?s Academy since the age of 11, the German-born winger was only the second player in the Club?s history to score a hat-trick on his debut.

Joe Dodoo vs. Bury ? 25 August, 2015   Having already scored a treble in front of Claudio Ranieri in pre-season for the Development Squad against Loughborough Dynamo, Joe Dodoo was handed his first team debut for the Club by the City boss in the Capital One Cup Second Round Fixture at Bury?s Gigg Lane on Tuesday.A bright start saw Joe rattle in a superb volley off the underside of the bar with 25 minutes on the clock, before Andrej Kramari? added a second goal for his side shortly after.Another smart finish from Joe came just four minutes from time, while he scored his third in injury time courtesy of a pass from who else but Jeffrey Schlupp ? the Academy graduate who also scored a hat-trick on his debut.It was certainly a night to remember for Joe, who proudly took home the match ball, in turn thanking the manager, players and fans for their tremendous support.