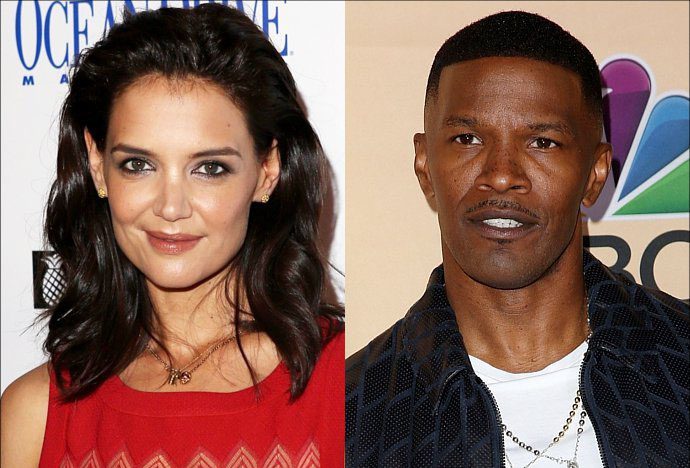 Katie Holmes broke silence on a story published by In Touch magazine saying that her supposed secret wedding with Jamie Foxx was ruined because of possible custody battle with ex-husband Tom Cruise. The 37-year-old actress took to Instagram on January 6 to thank a website which helped her set the record straight on the story.

The “Miss Meadows” actress posted a screengrab of a headline from the website which read, “Katie Holmes NOT Marrying Jamie Foxx Or Battling Tom Cruise, Despite Report.” Katie wrote alongside the picture, “Thank you @gossipcop.”

With the headline “Katie Shocker: Secret Wedding Ruined,” the magazine claimed that the “Dawson’s Creek” alum got “married after a secret two-year romance” with Jamie. A so-called “insider” told the publication, “They’ve discussed eloping or having a small, quiet wedding in an out-of-the-way place.”

“But Katie’s newfound wedding joy is turning into an utter nightmare,” wrote the magazine. The source went on saying that Katie was “terrified of how her ex-husband will react to her moving on to a new life with another man.” The magazine then speculated that Cruise might “come crashing back into her and Suri’s lives, take her to court to get more custody and try to sway Suri over to Scientology.”

However, all the claims made by the magazine were false. A rep for Katie told that “the entire story is 100 percent untrue.” The actress is not planning a secret wedding with the 48-year-old actor and not preparing for a new custody battle with her ex-husband Tom.