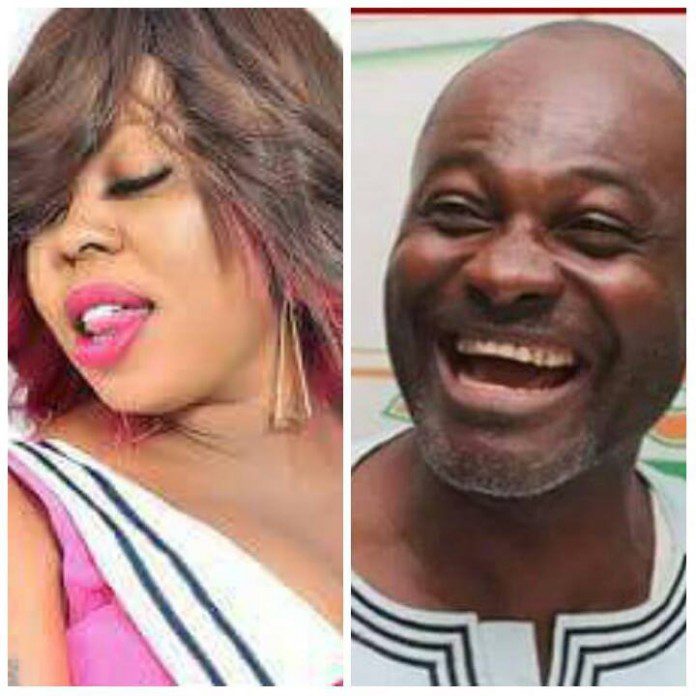 Owner of KenCity Media and Member of Parliament for Assin Central, Kennedy Agyapong has threatened to deal with radio presenter, Afia Schwarzenegger for insulting him.

The Okay FM presenter was reported to have hurled insults at Mr Agyapong for allegedly insulting the mother and siblings of the President for the latter’s abysmal performance in governance. She further questioned what Hon Agyapong does aside politics to be that worthy and ridiculed his radio station, Oman FM.

“I’m not saying Mahama is the best or worst president the country has ever had but if you want to attack him, attack his governance; don’t accuse his mother and brother of selling drugs… Kennedy Agyapong, Ghanaians want me to ask you the kind of work you do. At times we are not able to tell people the truth straight in their faces. Kennedy Agyapong, what work do you do? That radio station [Oman FM] which has collapsed? The station which I cannot even tune in to though I stay around Madina?” she is quoted by OMGVoice to have said on her mid-morning show on Thursday.

Reacting to the claims on Oman FM’s Boiling Point on Thursday evening, Hon Agyapong stated that he will deal with Afia Schwarzenegger.

“She can insult anybody but certainly not me… She deserves to be insulted and so I will do. I am ready to answer any radio station that will call me on the issue tomorrow. I respect Despite [owner of Okay FM] so much that I cannot take the station on. Bobie did same and I had a problem with my in-law so I will deal with the girl herself. I tell you, she will run away from Ghana. I am not the type who shuts up over issues…” he noted.

How will Kennedy Agyapong deal with Afia Schwarzenegger? Your guess is as good as mine…

One perishes in a gory accident at Kwame-Akura