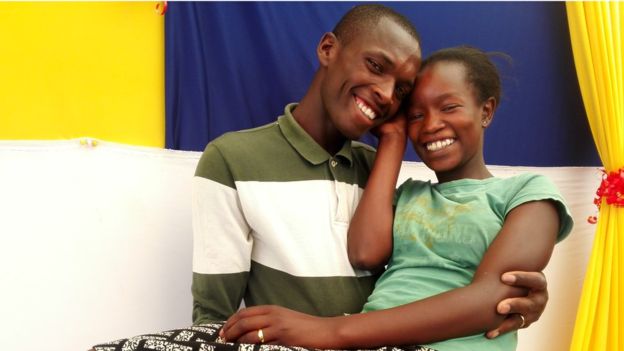 A Kenyan couple who spent just $1 (£0.80) on their wedding have renewed their vows in a lavish Valentine’s Day ceremony funded by well-wishers.

News of their budget wedding last month went viral on social media and many Kenyans offered to help.

At their first wedding, Wilson and Ann Mutura wore jeans and T-shirts and two steel circles served as rings.

Kenya media estimated their second wedding party cost $35,000 at an upmarket venue in the capital, Nairobi.

The BBC’s Peter Mwai in Nairobi says as the couple had already officially tied the knot, they exchanged new rings at the Valentine’s Day ceremony.

Our correspondent says some Kenyans online have been questioning why the organisers spent so much money on the party instead of supporting the couple financially.

‘Everyone needs that dream wedding’

But Aaltonen Jumba, from Slique Events Planner Ltd – the main organiser of the event, said they had already been helped and this was about the romance. Wilson and Ann Mutura’s first wedding ceremony had no cake, flowers or decorations 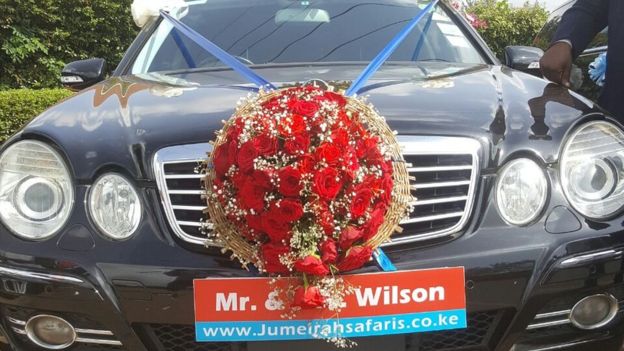 This time they had a bridal car, flowers and entertainment

“The couple have already been supported by others financially. Different people gave different things at different levels. They have been given a greenhouse farm, a honeymoon and have been promised money to start a business,” he told the BBC.

“Since that has been taken care of, why not give them the wedding they never had. Everyone needs that dream wedding.”

Mr Jumba said it was hard to say exactly how much was spent on the wedding ceremony as different service providers had contributed in kind and money had not changed hands.

Kudus Mohammed with a mural after impressive World Cup display