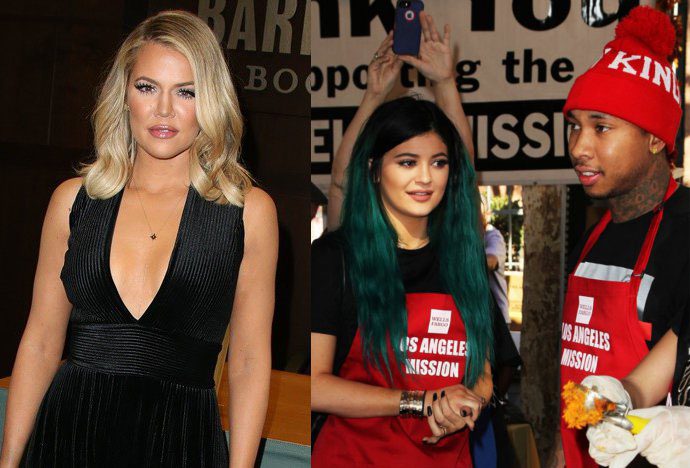 Khloe said to the camera, “This is New York Fashion Week, so this is one of the craziest weeks that you could be in New York City.” She then detailed her family’s busy schedules, “Our apps are launching this week, Kendall [Jenner]’s walking in the Givenchy show, Kylie is modeling for Kanye [West]’s show. I used to love doing Fashion Week with my sisters, and now I get to do it with two more sisters, so it’s that much more fun!”

In the sneak-peek, Khloe also accused Kylie of stealing her style. “I saw you wore my bathing suit out before my magazine cover came out,” Khloe told Kylie, referring to the sexy outfit she wore inside her book “Strong Looks Better Naked” released in the following month. “It’s for my book, that’s why I showed you.” However, Kylie claimed she didn’t know anything about it. Khloe then said, “It’s okay, Kylie, it’s okay. Steal my blonde hair, steal my bathing suit. Everyone thinks I’m copying you, but it’s okay.”