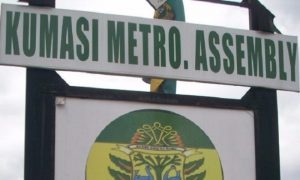 The Kumasi Metropolitan Chief Executive, Mr. Osei Assibey-Antwi, has vowed to go the extra mile to rid the city of filth. 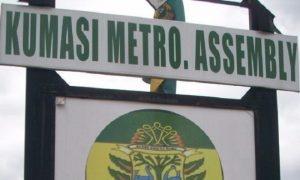 Environmental sanitation, he indicated, was going to be made an urgent priority of the assembly under his watch.

He was speaking after he had toured the Central Business District, the Oti landfill site near Dompoase and a waste collection point at Buokrom.

This was to enable him to assess the sanitation situation and the way forward to make things better.

It also provided the opportunity to evaluate the performance of Zoomlion Ghana Limited – the company, which has been providing waste management services in the city.

Mr. Assibey-Antwi was unhappy with the state of affairs and said the assembly needed to move quickly to get things done to restore Kumasi to its past beautiful scenery that earned it the recognition as the Garden City of West Africa.

The heaps of refuse, left uncollected would be removed, drains cleaned and unauthorized billboards taken down.

He spoke of plans to recycle the huge tonnes of waste at the landfill site to generate electricity and produce manure.

He added that street lights would also be fixed to improve illumination and enhance security.

Mr. Assibey-Antwi appealed to the people not to litter, saying, the throwing of rubbish on the streets and dumping of refuse at unauthorized points
could not continue.

He hinted that a sustained public education to bring change would be launched by the assembly.
GNA/www.newsghana.com.gh

A Nuclear Energy Economic Platform Is The Future for Africa