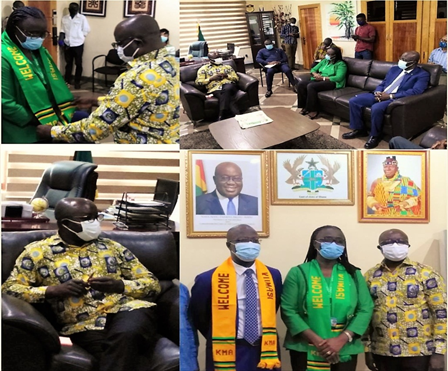 The Kumasi Metropolitan Assembly (KMA) has affirmed its commitment to work closely with the Kwame Nkrumah University of Science and Technology (KNUST) to rebuild the city.

Mr Osei Assibey-Antwi, the Metropolitan Chief Executive (MCE), said the vision of the Assembly was to re-develop Ghana’s oldest and second-largest city to the status of a 21st century metropolis.

This, he said, would require the technical support of the leading science and Technology University in Africa. Kumasi is one of the most-densely populated cities in the country, boasting of about 1.7 million inhabitants.

The growth in numbers had come with its own varied development challenges such as human and vehicular congestion, waste generation, hawking on pavements, streets and walkways, amongst others.

“There is the need to redesign and rebuild the city,” he told the Ghana News Agency (GNA), Kumasi, explaining that, this could not be overlooked if the KMA was to attract the requisite investment.

This was on the sidelines of a working visit by a KNUST delegation, led by its new Vice-Chancellor, Professor (Mrs) Rita Akosua Dickson.

The visit is aimed at strengthening bi-lateral ties between the two institutions for mutual benefits.

Mr Assibey-Antwi said some key areas the KMA would be working with the KNUST to develop included; waste management, decongestion of the Central Business District (CBD), an effective transportation system and tourism drive.

On waste management, the MCE cited how waste was being increasingly recycled into valuable products, using cost-effective and cutting-edge technology.

He said with the requisite technical expertise and assistance from the KNUST, the KMA could add value to the waste generated for development purposes.

Prof. (Mrs) Akosua Dickson said the University was enthused about its working relations with the Assembly over the years, to find answers to development challenges.

She said the KNUST would continue to assist the Assembly to train and build the capacity of its staff in order to enhance their skills and knowledge for effective work.