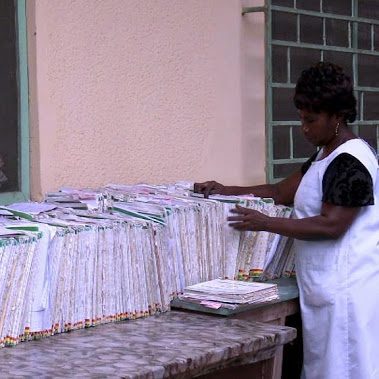 The Koforidua Regional Hospital had introduced electronic folder or e-folder system at the Out-Patient Department of the Hospital to help reduce the time used to retrieve the records of patients. The system also reduces the cost of health care since it eliminates the use of folders.

The Hospital also presented parting gifts to 28 other staff who retired from the hospital within the last two years.

Citations were presented to four non-health workers who contributed to the work of the hospital including Ms Agnes Munyuhitum of the Sunrise FM for using her programme on health to promote health care in the New Juaben Municipality.

Dr Boamah said the Hospital was extending the use of the E-folder system to all departments of the hospital.

He said the Hospital benefitted from the government retooling programme which had provided departments of the hospital with the most modern equipment.

The Medical Director said the Hospital was rehabilitating its old structures and next this would be extended to the wards.

He said within the last two years, the Restoration of Dignity project which was initiated by the Mental Health Department of the Hospital removed six mental patients from the streets of Koforidua , treated them and are now reunited them with their families.

He appealed to the staff to use dialogue to resolve all misunderstanding rather than strikes and assured that the RCC was always ready to listen and dialogue with them to help find solution to any challenge that they might face in the discharge o their work.

Assemblies and Zonal Councils Must Work Hand in Hand