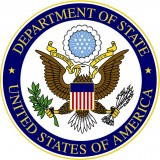 Daniel Fried, the U.S. State Department’s coordinator for sanctions policy, said the investigations are underway during a U.S. Senate hearing on East Asia and the Pacific, Yonhap reported.

“We’re investigating. The Treasury and State are investigating a number of companies around the world,” Fried said. “There are no limits and there is no administration red line of exempt countries or companies. We go where the evidence takes us.”

Fried said it is very effective to convey to Chinese banks and companies that trade with North Korean firms under sanctions is dangerous and not worth the trouble, according to the report.

“Our actions on Monday indicate that Chinese companies…are not off limits. That news will spread around the Chinese community. We can also use various means to get the word out to Chinese businesses and banks that we are serious,” he said.

On Monday the U.S. Treasury announced Hongxiang Industrial, suspected of sending banned material to North Korea, had been placed under unilateral sanctions.

Washington is taking action against the company’s chief executive Ma Xiaohong, a 44-year-old businesswoman who founded the company in 2000, and three other members of her organization.

Hongxiang Industrial is believed to have exported aluminum oxide, ammonium paratungstate, and tungsten [III] oxide to North Korea, dual-use items that could have been placed into military use.

Aluminum oxide can be used in developing the centrifuges used in uranium enrichment.