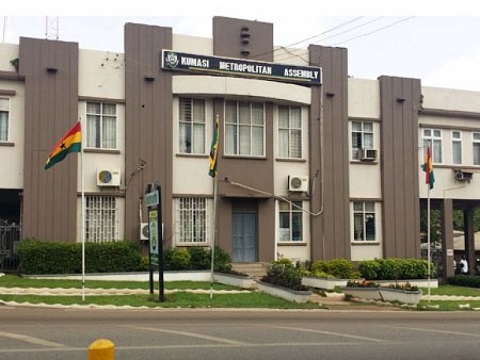 The Kumasi Metropolitan Assembly (KMA) collected a total of GH¢20.95 million as internally-generated fund (IGF) for 2020, Mr Osei Assibey-Antwi, the Mayor, has said.

This, he said, represented 87.30 per cent of the budgeted GH₵24 million for the year under review.

Comparative analysis indicated an IGF revenue loss of GH¢3.73 million, he added and attributed the development to the effect of the COVID-19 outbreak in 2020.

Mr Assibey-Antwi, who was addressing the first ordinary meeting of the second session of the Eighth Assembly at the Prempeh Assembly Hall in Kumasi, said the KMA needed to design innovative and acceptable means in growing the revenues in 2021.

He said out of the IGF collected in the year under review, rent of land, building and houses exceeded the budget target by 4.45 per cent, while fines performed the least at 41.61 per cent.

Contribution for Fines from the Outsourced Companies and the Metropolitan Guard revealed that they were not doing their job effectively, the Mayor stated.

Mr Assibey-Antwi said the Assembly projected to raise total revenue of GH₵74.2 million in 2021, and as at the end of the first quarter, the Assembly raised GH₵8.5 million, representing 11.47 per cent.

Out of the total revenue, IGF projected to raise GH₵26.3 million but collected an actual of GH₵4.55 million, representing 17.34 per cent in the first quarter.

The Mayor indicated that this was an average performance that required more efforts and strategies towards the attainment of the target.