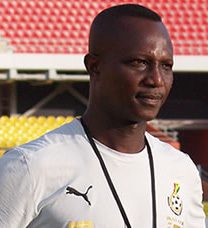 Mr. Joshua Mensah, the Director of the Eastern Regional Sports Authority, has advised managers of football clubs to desist from playing football in the boardroom and concentrate on winning their matches on the field. He explained that, it was to avoid the unnecessary protest and legal actions that takes away the beauty of the game and negatively affect the development of the sport.

This is the first congress that the RFA had organized in three years following injunction placed on the regional federations in past seasons.

He express his displeasure about the sacking of Kwasi Appiah as the Black Stars coach, adding that the coach could not be blamed for the poor performance of the Black Stars in Brazil.

Mr. Mensah said, the Ghana Football Association(GFA) can only succeed with structures in place.

The Regional Chairman of the FA, Mr Abdul Lawal, regretted that, the last RFA congress election led to court action that took three years to be resolved.

The new football season kicks off on the November 15.

We Are here To Prove A Point – Black Stars Coach

“It is important for us to win on Sunday” – Milovan Rajevac