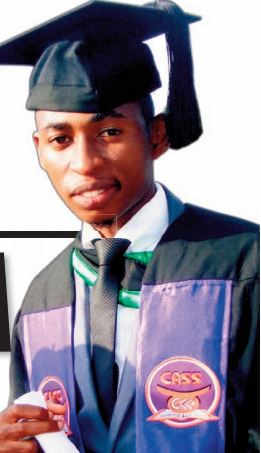 THE KWAME Nkrumah University of Science and Technology (KNUST) has come under lens of many Ghanaians, especially the security agencies, following reports that the state-run university appears to becoming a fertile ground for recruiting would-be terrorists. Reports indicate that a house at Palm Wine Junction, La in Accra, is the place where the potential recruits hold regular meetings.

According to a friend of Nazir Nortei Alema, a KNUST graduate who is reported to have joined the deadly terrorist group, Islamic State in Iraq and Syria (ISIS), he was invited by his friend
(Alema) to attend their meetings at La but he turned down the invitation.

The meetings often take place on Wednesdays and Fridays. The potential recruits also occasionally, meet on weekends, according to StarrFMonline.com report.

At least 10 boys, mostly in tertiary institutions, allegedly left Ghana in May 2015 alone to join terror cells in the Middle East, but the security agencies are yet to confirm or deny the claim.

News about the 25-year-old graduate of the KNUST, Nazir Nortei Alema, purportedly joining ISIS recently spread like wild fire and it has attracted both national and international concerns.

The National Security as a result, has reportedly commenced investigations into the recruitment schemes of the would-be terrorists; and the Ghana Police Service Counter Terrorism Unit is deeply
involved.

Islamic Extremists DAILY GUIDElearnt that there is a group of young Muslims at KNUST who express extremist views on campus and Nazir Nortei Alema was said to be a key member.

They are said to be living together in a hostel outside campus and do not allow anybody to easily infiltrate their ranks.

Other private Islamic institutions, especially at the tertiary level, are said to be having students who exhibit extreme religious tendencies towards people who do not share their views.

A key agent allegedly doing the recruitment for the ISIS has already been identified as Badhan Diallo, a Guinean, who was at the University of Ghana but purportedly left to join the terror grouping a few months ago.

The National Security was hit by DAILY GUIDE?spublication of Tuesday (on the alleged departure of Alema), sending security operatives scurrying for details of the story and location of Nazir?s
house.

Security experts have concluded that Nazir Nortei Alema?s issue could be a tip of the iceberg because a good number of Muslim youth are ever prepared to join ISIS and other terrorist groups to fight Jihad (Holy War).

KNUST authorities have already expressed ?shock? and ?worry? over the report that Nazir Nortei Alema, who graduated last year with a degree in Geography and Rural Development, has already left to join the ISIS per evidence available to his family.

KNUST spokesperson, Ankamah Lomotey, served notice that the university would investigate the existence of any sects and take swift action on them.

Parents? Concern
DAILY GUIDElearnt that Muslim parents whose wards are not on KNUST?s traditional hostels are becoming worried over the latest revelations. One parent reportedly withdrew her daughter from the university recently when she realized that the daughter appeared to exhibit extremist tendencies.

Widespread Phenomenon
A lecturer at KNUST who is a Muslim, has told DAILY GUIDEon condition of anonymity that ?It is really a fact that it is a widespread phenomenon. The youth appear ready to join ISIS and others, judging from the interactions we have with them on the various platforms, particularly social media.

?It is becoming like a passion among the so-called various youth for those who want to portray commitment to the religion.?

?As a patron of the local religious group, the student association, we tend to observe these sorts of things when we are engaged in orientation with these boys. They kind of portray extremist zeal and appear to exhibit fanaticism.?

Brainwashed Youth
He said, ?They always give us hell of a time for us to really educate them about the position that what they are standing for is myopic and utopian and cannot find space in contemporary times,? as they are said to have been brainwashed.

?There are a whole lot of instances that abound that some of us encounter when we meet these student groups. They tend to express their attraction towards groups such as the ISIS,? the lecturer underscored.