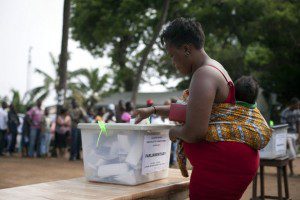 He said it was important to critically examine the election message of the various political parties and to judge correctly. 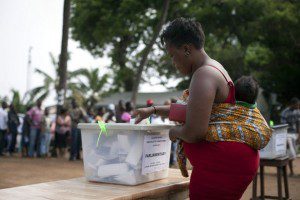 They should convince themselves that leaders elected were selfless, competent and genuinely committed to the promotion of the socio-economic progress of the country, he added.

Bishop Quashie said this when he spoke to the Ghana News Agency (GNA), on the sidelines of 12th diocesan synod of the church in Koforidua.

“Servant leaders: a key ingredient of transformational leadership” was the theme for the event.

He said Ghanaians should avoid the mistake of voting in any self-seekers – people interested only in themselves, their cronies and party members but not the common good of the population.

He noted that the nation had been blessed with enormous resources and said what was preventing the people from enjoying optimal benefits from these resources was bad leadership, the mistake of making it easy for the wrong people to find themselves into leadership positions.

He reminded everybody to act responsibly to make the election peaceful and successful.

Mrs. Mavis Ama Frimpong Gati, the Eastern Regional Minister, who was on hand to open the conference, appealed to the church to use its tremendous influence with the people to get everybody to denounce political violence.

Faith leaders should use every opportunity to talk people out of intolerance and inflammatory rhetoric.

She hailed the Anglican Church for its vital contribution to the development of the country and asked that its strong partnership with the state to bring progress to the people was sustained.

Clergy advised to stick to teaching of unity