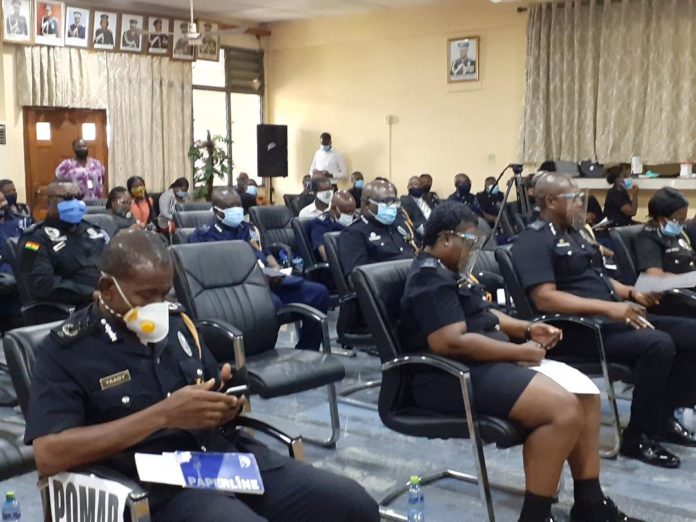 The media in collaboration with the Ghana Police Service has launched a framework on police-media relations to ensure the safety of journalists to enhance healthy friendship among the two bodies.

He said the police-media partnership had the capacity to deepen good governance in the democratic dispensation by ensuring those ideals.

He said both the media and police had a common goal of promoting transparency, accountability, rule of law, protecting fundamental freedom and human rights of the citizenry, thus the need to enhance a healthy relationship between them.

COP Dampare said however, the relationship between Police and Journalists had not been all smooth in the past hence, the development of the framework to serve as a guide.

He said no country could thrive without peace, security, and information sharing which the media and police played crucial roles.

“In this regard, there is the need to find pragmatic ways of managing our difference in order to work in convert towards the achievement of this common goal,” he stated.

He said, “our joint initiative is aimed at fostering a mutual understanding of the relevant roles of the police and media, enhancing partnership, transparency among the two and promote the safety of journalists, including; curbing of crimes and violence against them in the country”.

Mr Ron Strikker, the Netherlands’ Ambassador to Ghana said it was important that both the police and media understood the roles they played to avoid friction in the course of their duties.

He said as the police and media usually crashed when the police had to investigate a matter whilst the journalists also tried to get all the information, all in the name of promoting democracy.

Mrs Adelaide Annor Kumi, Chief Director of the Ministry of Interior said the framework would provide modalities for addressing violation against journalists and strengthen the bond among the police and media.

Mr Suleman Braimah, Executive Director for MFWA explained that the rampant assault on journalists led to the commencement of the draft to enable the two mutually enforce their roles.

He said the framework was launched at the time when journalists must help counter the influx of fake news, curb crime and give credible information to inform the electorate in the upcoming elections.

Professor Kwame Karikari, Board Chairman of Graphic Communication advised police to work through the Ministry of Interior to resort to cabinet to come up with a law that would deal with journalists or any media house that failed to address any infractions against them.