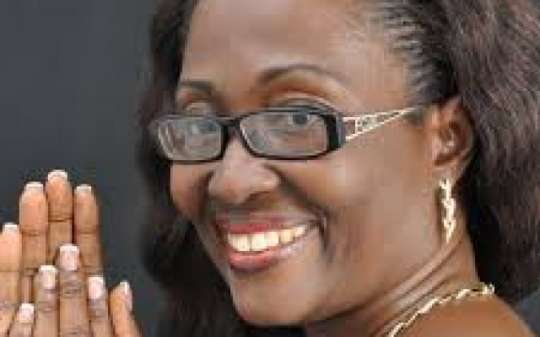 Our Lady of Mercy (OLAM) Catholic Church has held a memorial mass to commemorate one week of the passing of Mrs. Josephine Tandoh Asante, the slain Marketing and Public Affairs Manager of Tema Port.

The ceremony, which was also used to announce the date for the burial and funeral rites of the late Mrs. Asante, brought together a cross-section of the Tema society which included staff of the Tema Port, family members, parishners and friends.

Speaking at the occasion, Rev. Father George Obeng Appah of the St. Thomas More and St. John Fisher Catholic Church, Achimota, hinted that just as mankind celebrated the love of God in giving us Jesus Christ, “We also have to endure the wickedness of human nature through this gruesome murder of our dear sister.”

Rev. Father Appah observed that even though her family and well-wishers went through a period of pain, they should have a place in their hearts to know God was on their side.
He informed that they would never find an answer to why God allowed the murder, stressing that, “The answer is that God is alive.”

Rev. Father Appah, who was also a cousin to the widower, said in moments like this, people felt God had disappointed them, “But such things should affirm our belief in God because we know that she would live again.”

The Clergy said that if they had that mind set they would not allow the perpetrators to win knowing well that God was on the side of the bereaved and at the right time he would speak for them.
He indicated that as a just God, He would allow justice to prevail and bring the perpetrators to book.

The Director of Tema Port, Mr. Edward Osei, in an interview with the Ghana News Agency (GNA) on the sidelines of the service, observed that the whole GPHA organization was saddened by the death of Mrs. Asante, “And we are praying and hoping that the police would do their job and that the culprit would be brought to justice.”

Mrs. Asante was murdered in January this year in her room at Community 25, Tema after returning from a get-together organized by the Ghana Ports and Harbors Authority (GPHA) at the Senior Staff Club House, Community Six.

Currently, the Police are holding her house boy, Christian Adjei, in connection with the murder.

As prosecution indicated at an earlier court hearing, investigators found out that the suspect had buried a polythene bag containing 430 Ghana cedis and the wrist watch of the deceased behind his room.

The funeral of the late Mrs. Asante would be held on the 16th of March, 2019 at the OLAM Catholic Church, Community One, Tema.