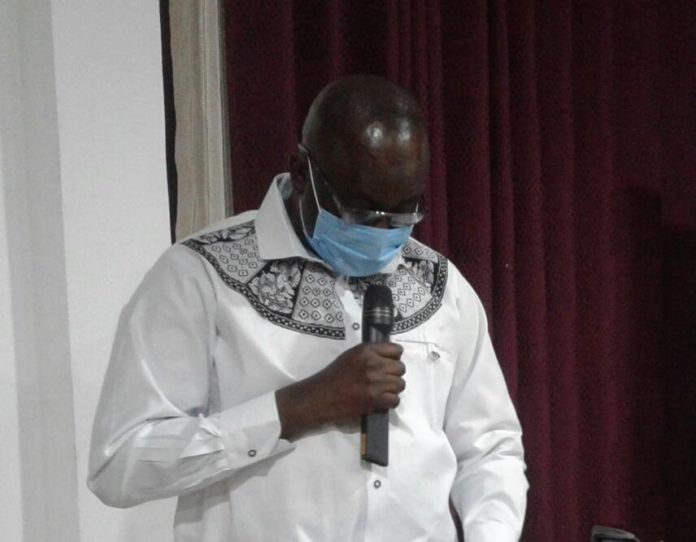 Dr. Hafiz Bin Salih, the Upper West Regional Minister, has called for stronger collaboration between the Regional Coordinating Council (RCC) and the Regional Sports fraternity towards the development of sports in the region.

He said sports was one of the avenues to market Ghana, and for that matter, the Upper West Region.

The Minister made the call in Wa on Monday when he met the football fraternity in the region, led by the Chairman of the Upper West Regional Football Association (RFA), Alhaji Sadugu Yahaya.

Dr. Salih donated 18 sets of football jerseys and 40 footballs to the RFA as part of measures to support the growth of football in the region.

He also promised to support the champions of the division-two league currently underway in the region with a cash price of GH?5000.00 for the ultimate champion, GH?3000.00 and GH?2000.00 for the first and second runner-ups respectively.

“We need to collaborate to ensure football develops in our region. There are countries that are well known because of sports and Ghana is not an exception.

“The people of the Upper West Region love football and it was not surprising that through the collaboration of all of us we were able to have a premier league club in the region, first the Upper West Heroes and subsequently Wa All Stars”, Dr. Salih said.

He indicated that he was liaising with the Sports Minister to give a facelift to the sports facilities in the region, including the Wa, Lawra and Tumu sports stadia.

Dr. Salih urged the leadership of the clubs to instill disciple among the players in order to help them reach the peak, citing the likes of Malik Jaabre, Haki Salam, and Baaba Yaara from the region made it through sports.

Alhaji Yahaya, on his part, noted that lack of sports facilities and financial support were some major impediments to the development of sports in the region.

He said due to the financial challenge, club managers had to sell their clubs off when they qualify to division-one, “….and come back to square one”, which he said was adversely affecting the football sub-sector in the region.

Alhaji Yahaya also appealed to the Minister to reintroduce the Departmental League initiative to enable the various departments to employ players, which would serve as a source of income for the players.