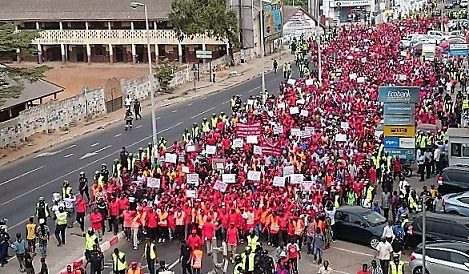 Government is committed to collaborating with Organised Labour in the implementation of its policies and programmes to develop the country, Mr Sulemana Alhassan, the Upper West Regional Minister has said. 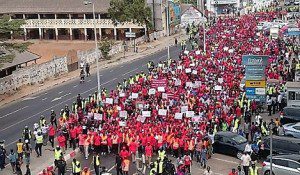 He said government’s policies and programmes such as the “One-District-One Factory”, “One-Village One-Dam”, “Planting for food and jobs” among others would not only facilitate the development of the country but would also provide employment opportunities for the youth.

The Minister stated this during the May Day celebration at Nadowli in the Nadowli-Kaleo District in the Upper West Region.

Labour groups such as the Volta River Authority, Teachers and Education Workers Union, Health Service Workers Union among others attended the event, which was on the theme “Ghana at 60: Mobilising for Ghana’s future through the creation of decent jobs”.

Mr. Sulemana said the priority of the government and well-meaning Ghanaians should be geared towards building the economy “to generate a prosperous, progressive and dignified life for the people,” noting that could only be achieved through hard work and unity.

“Hard work, entrepreneurship, creativity and consistent fight against corruption in public life would bring the transformation we seek to achieve, and we can only achieve this when we move and act as a united people,” he said.

Mr. George Kofi Mude, the Upper West Regional Secretary of Trades Union Congress, gave the assurance that Ghanaian workers were ready to offer their relentless support to the government to foster economic growth.

He however lamented the poor living condition of workers, which was a result of the country’s current poor economic condition.

“To many Ghanaians, life has now become something to endure because they lack the very basic necessities.

A significant number of Ghanaians sleep on the streets because they have no homes to go to at night, while some young Ghanaians try to reach Europe through dangerous routes where many of them die,” he added.

Mr. Mude also decried the high poverty level of some parents which has consequently led their children to enter into hazardous work to support their families including thousands of them who are forced into illegal mining activities across the country.

“Therefore restoring hope in people requires that we create decent jobs for our compatriots, we need to revitalise all the major sectors of the economy including agriculture, manufacturing, trade, transport and all other sectors,” he said.

He was of the hope that the Akuffo Addo led administration would lift the country out of “this condition into a prosperous nation”.