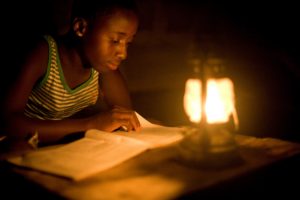 The Member of Parliament (MP) for Garu Constituency in the Upper East Region, Mr Albert Akuka has challenged the governing New Patriotic Party (NPP) to show Ghanaians valid evidence of its achievement in the energy sector after taking over the realm of the country this year.

The opposition National Democratic Congress (NDC) MP for Garu was reacting to claim by the Finance Minister, Ken Ofori- Atta and the NPP government that their administration has worked very hard to end the dumsor crises.

Presenting the 2018 budget in parliament on Wednesday, November 15, the Finance Minister, Mr Ken Ofori Atta among other things announced that government has finally ended the power crises as promised.

“When I presented the budget in March, I indicated our commitment to take strategic steps to fix the challenges facing the economy and restore hope to Ghanaians.

“I’m happy to note that we have turned the economy around. We have achieved in one year, what seemed impossible to achieve in eight years’’

“We’ll like to assure Ghanaians that the government of President Nana Akufo Addo is a government which delivers on its promises, we promised to end dumsor and we’ve done that,” Ken Ofori Atta stated.

But, Mr Akuka in an interview with the Daily Express in Accra refuted the falsehood peddled by the Nana Akufo Addo’s led government that they ended the frequent power outages, christened dumsor.
“Nana Addo’s government never ended the power crises in this country, what I know is that John Mahama stabilized power in the country in 2016; so for them (NPP) to claim credit for that, is quiet unfortunate,” Mr Akuka said.

The MP for Garu said the NPP’s government is not been trustful with the people of Ghana for claiming ownership of projects they haven’t initiated or completed.
He said that most roads that the Finance Minister said are ongoing or yet to be started have already been started by the NDC administration before leaving power on January 7, 2017.

I can see NDC victory from afar