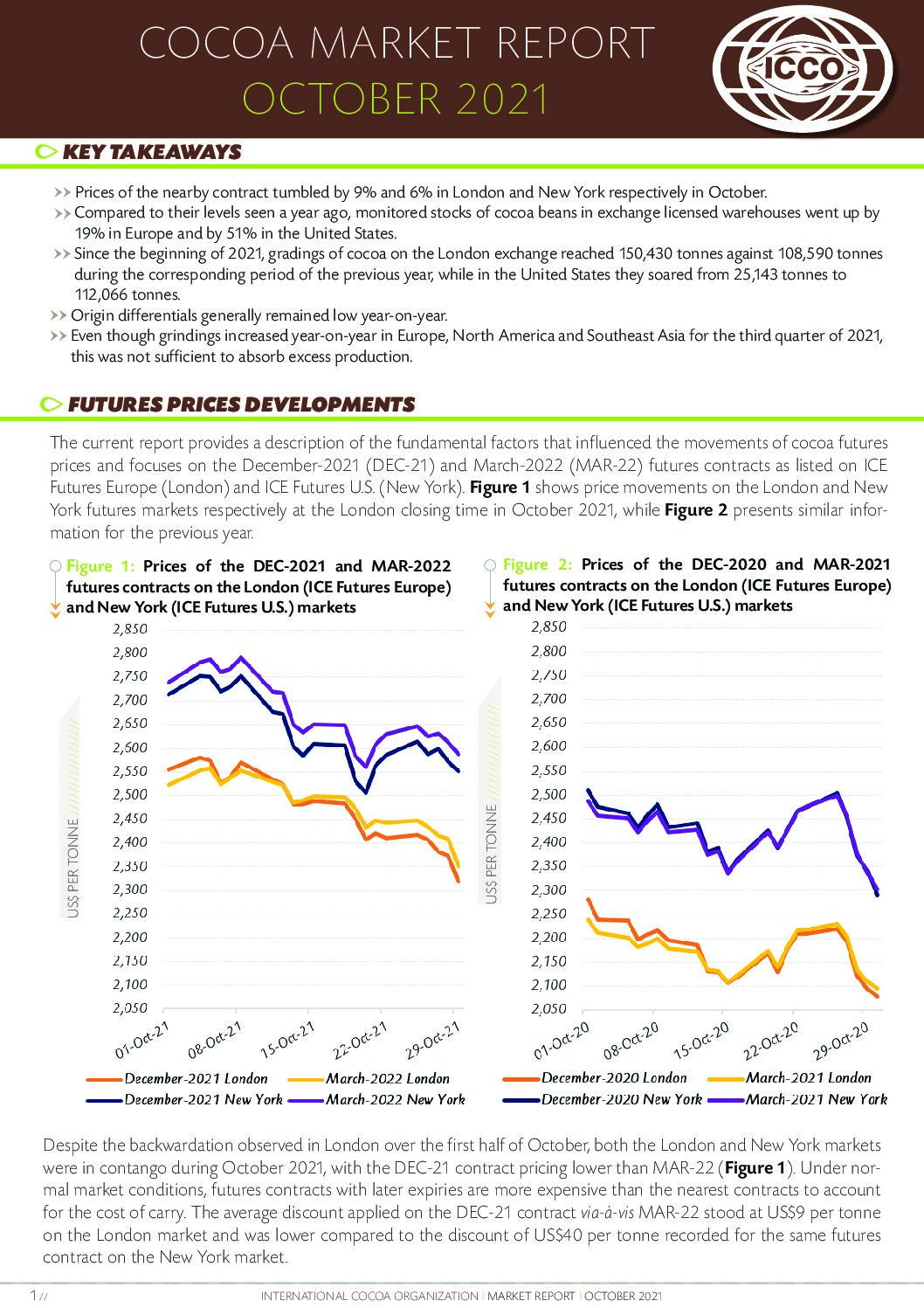 the latest Monthly Cocoa Market Report for the month of OCTOBER 2021 issued by the ICCO. It contains valuable information on the sector, highlighting the following:

Prices of the nearby contract tumbled by 9% and 6% in London and New York respectively in October.
Compared to their levels seen a year ago, monitored stocks of cocoa beans in exchange licensed warehouses went up by 19% in Europe and by 51% in the United States.
Since the beginning of 2021, gradings of cocoa on the London exchange reached 150,430 tonnes against 108,590 tonnes during the corresponding period of the previous year, while in the United States they soared from 25,143 tonnes to 112,066 tonnes.
Origin differentials generally remained low year-on-year.
Even though grindings increased year-on-year in Europe, North America and Southeast Asia for the third quarter of 2021, this was not sufficient to absorb excess production.