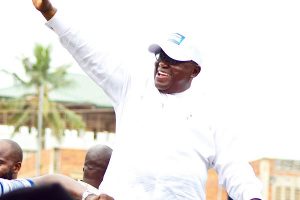 Isn’t it shocking that the man who had for past 16 years been chasing the presidency of this country with flattery and fancy promises packaged in a free slogan, finally becomes the president and engages in the most dishonest act in history of our country by going against his vow to reduce public expenditure by cutting the size of government. 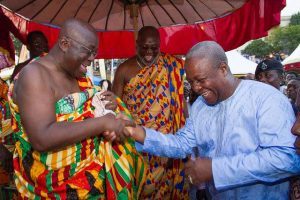 Mr. Akuffo Addo, Ghana’s new president, after causing the country unpresidented embarrassment by summing up speeches delivered by past presidents around the world and presented it as his own in his maiden address goes ahead to form a government which is unequivocally the lagest in the history of this country.

What makes the situation quite bizarre was his consisted chastisement of the then Mahama led government for the size of his government yet barely few days after assuming power, his ministerial portfolios have tripled, most of which are obviously duplications, which many pundits describe as an desperate attempt to reward “old lackeys” for party loyalty and allegiance at the expense of the Ghanaian taxpayer.

The 72 year old Addo Danquah who many people describe as visionless and clueless when it comes to leadership considering his horrific tract records as leader of the then opposition party, now the ruling party, the Npp.

After campaigning on cutting taxes, building factories at every district of the country, provides free secondary education, and many more, the early sign of intellectual dishonesty in display raises serious doubts about his commitment to keeping those juicy promises made to Ghanaians.

Some ministerial portfolios created by the new government have been described by many as useless and unnecessary and has alarmed lot of Ghanaians slamming the old man as undeserving to be trusted with the developmental prospects of the state.
So far 36 ministerial portfolios are created which is largest in the history of Ghana.

The splitting of transport, roads and highways, aviation and railway, and water, sanitation and housing into separate ministries and others like senior minister portfolio which many have argued, it’s totally needless because of a likely situation of clash and usurpation of authority of the chief of staff who is also deputised by two others.

Other avenues like the regional re-organisation and development, Zongo and inner cities ministries are nothing less than comic relief.

With the creation of four regions on top of his agenda one would expect a special attention to be given it but creating a whole ministry is only glorified in the realms of absurdity.

Over the years many experts have advocated the need for strengthening existing institutions to make them effective instead of duplicating them for cheap partisan expediency.

Mahama government was consistently criticised by the npp and their surrogates in the media, having engaged in all sorts of diabolical and naferious propaganda to effect regime change which luckily worked for them in 2016 elections, making their “grand wizard” the president is that they sought to achieve, and they lack the moral convictions to complain even in the face of staggering abuse and misuse of authority coupled with a clear case of job for family.

Aside Akuffo Addo’s ministerial controversies, another issue many Ghanains have expressed worry about is the appointment of his family members to key and strategic positions like the attorney general’s position.

One may count as much as seven (7) and still count appointees who are direct cousins of the president. The financial sector is anchored to the rib of his cousin who over the years, sources have revealed was the sponsor of his campaign as director of Data Bank. A clear case of nepotism at the highest office is a crime that cannot be treated with indifference.

The early signs of failure are boldly indicative on the walls considering how things have started at the top, and considering personnels appointed many who debuted in the erstwhile Kuffour administration and led a terrible scandals which left unfading scar in the momeries of Ghanaians.

Yaw Osarfo Marfo a former finance and education Minster currently a senior minister was at the centre of the popular CNTC loan and Macmillan dictionary scandals. These are the men Akuffo Addo has re-introduced to steer the affairs of the state in the next 4 years. Many Ghanaians are overwhelmed by the wanton display of intellectual weakness being exhibited by the 72 year old President.

Many political pundits have argued on the need for some of the ministeries created.
The question is, do we need Zongo ministry before reaching out to Muslims living in slums when ad hoc committee with a defined role could be designated to deliver any commitment government might wish to extend to zongo settlers.

Is it going to be like all the campaign promises made to Ghanaians by Nana Addo and his team would require a designated ministerial portfolios, then in the coming days watchers and observers of this government should be expecting minister for Free SHS, minister for one million dollar per constituency and minister for one district one factory, one village one dam. This is the level the 72 year old man who has no knowledge or whatsoever about governance has reduced leadership of this country to, a theatre of comedy and jokes.

Again many people have raised doubts about the competence of the old man with the creation of regional re-organisation and development ministry.

With a major campaign promise of creating four regions out of the existing ten, one would expect a special attention be shifted to achieve that but creating a whole ministry for this purpose is very bizzare.

The obvious question is, after creating those regions what would then be the exact role of this ministry considering the fact that, day to day running of various regions are handled by regional ministers.

Many would have expected the setting up a team of expects or designations of existing institutions to be in charge of such development without necessarily inflicting such needless financial pressure on the already stressed national purse.
There are whole lots of contradictions in the specificity of roles assigned to various duplicitous ministries created and concerns have been raised about policy conflict among individuals designated to handle those offices.

This situation is projected to create power play among players on the filed which will obviously breed chaos and bad blood to choke and stall progress.
Over the years, many Ghanaians have expressed deep concerns about increasing public expenditure and the need to curtail the annual surge, this informed the immediate past government to review its economic management strategies by cutting down spending through fusion of some ministries.

Annual budget allocations and budget overruns have over the years inflicted a significant woes on Ghana’s economic fortunes therefore the least one would expect from any serious government is the creation of useless and needless ministerial portfolios which will obvious drain national coffers considering huge emoluments, allowances and end of service benefits allocated to article 71 holders but that leader is not Ghana’s new president who is poised to reward the old guards in his circles with positions at the expense of relevance and gains to the ordinary Ghanaian.

He remains undaunted in his quest to do the odds, because he has succeeded in building an army of sycophants around him and in the media who continue to sing the usual alleluia choruses to champion his course.

I’m very much confident many who voted for Akuffo Addo with the hope of bringing something different to the table have started freaking out because the signs on the walls are very indicative of the old man’s attitude of indifference to major concerns of Ghanaians over the protection of state coffers which was his major campaign promise. God bless our homeland Ghana, and make us great again, the bible is my witness.
Innocent /0247882010/ nanakyei81@gmail.com

I can see NDC victory from afar

Dr. Akoto Sacrificed For J. .A Kufuor And Nana Addo, This Is His Time