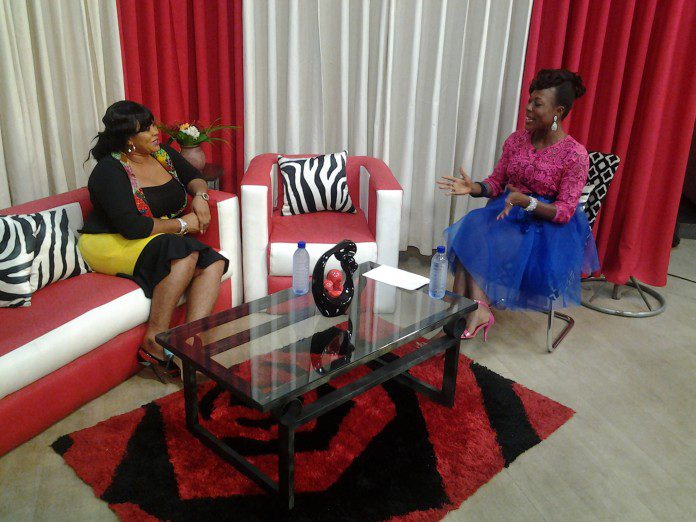 The C.E.O of Silver Towers who appeared as a guest on the show on Sunday afternoon revealed the difficulties she went through coming up as a radio host. She said she was faced with all manner of challenges which made her move from one station to the other especially in the capital all in the name of seeking for employment. She disclosed she worked for years as a news reporter without salary but that didn?t discourage her. ?I was determined so I kept pushing hard and now it paying off? she said.
Touching on her personal life, the host of Oman fm drive time show revealed she is a proud mother of two, a boy and a girl and can?t do without her kids. ?I was married but I?m separated now. We had our own problems. My husband is in the media too and loves going out. I am not the outing type so it became a problem for us. People were saying all kind of things when they spot my husband having fun outside without me. We separated now and I?m scared of getting into marriage now. For now I can?t tell if I can marry again but anything is possible, it might happen? she responded to questions related on her marriage.
Silva Lady further responded to rumors peddled in the capital that she has dated the New Patriotic Party (NPP) Member of Parliament (MP) for Assin North, Hon. Kennedy Ohene Agyepong who also doubles to be her boss saying it is never true and that she hardly sees him. ?I hardly see Hon. Kennedy Agyepong so how can I date him? The last time we met was when he attended my programme which was a kind of fund raising programme. Anytime I hear such rumors I see or take them as one of those things. It part of the job? the first female to host drive on radio in the mass market radio stated.
Other guests who appeared on the show are Afia Papabi of Montie FM and entertainment critique Afia Boadiwaa Fabregas who is well known on entertainment shows in the capital as MzzFabregas.

Remain thankful to God in spite of the difficulties – Rev. Oscar Morrison

COVID-19 and Social distancing in Ghana: difficulties and how to overcome them

China, U.S. should respond to difficulties by cooperation instead of conflict