So far, 324 communities have been declared Open Defecation Free (ODF) out of a total number of 1196 communities in the Upper West Region since 2010 to 2017. 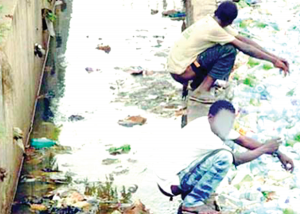 Statistics update from the Regional Environmental Health and Sanitation Department indicates that Nandom District topped the league table with 73 communities out of 88, representing 63 per cent which had been declared ODF.

The Wa West District has 92 ODF communities out of a total of 227, representing 49 per cent, while no community met ODF status in the Sissala East District out of 59 communities.

Mr. Alhassan Inusah Agambire, Monitoring and Evaluation Coordinator of the Department in an interview with the Ghana News Agency, said the Department was working assiduously to ensure that it meets its set target for 2017.

He said 276 communities have been targeted for 2017 and called for partnership between the government and Non-governmental Organisations such as UNICEF.

Regular monitoring and evaluation and capacity building for District Environmental Health Officers (DEHOs) had been identified as a measure to ensure that the ODF was achieved in the Region.

Mr. Agambire however said lack of commitment by the District Environmental Health Officers as well as the indifferent attitude of the community members towards the Community Led Total Sanitation concept were some of the factors hindering the achievement of the targets.

Armed forces to help fight against forest fires in Russia