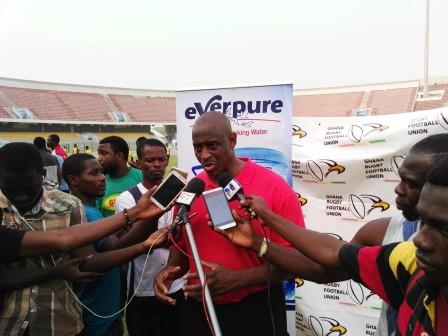 Ghana Rugby Football Gets Ready For International Tournaments – Mensah
President of the Ghana Rugby Football Union, Mr. Herbert Mensah has disclosed that the national team of Ghana will be very busy as they prepare for the West African and African Championships. 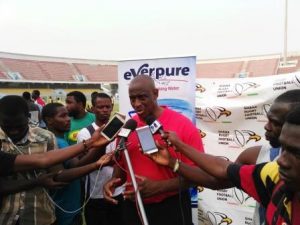 After Witnessing a thrilling final of the Union at the Accra Sports Stadium where Conquerors beat Cosmos Buffaloes 24-3, he commended the players, officials and organisers for putting up a splendid show.

He praised both teams for displaying quality skills and sportsmanship as well as comradeship after the game.

Herbert Mensah, a former Chairman of Kumasi Asante Kotoko who is Chairman of the winning Conquerors urged his players not to rest or take things for granted but train harder as champions and be able to defend the title.

Omar Sheriff Captan, Public Relations Officer of the Greater Accra Rugby Union expressed his gratitude to the media who have shown interest in Ghana Rugby and promoting the game by way of publicity.

He was impressed with the high standard and level of the game, as Conquerors looked intimidating with their physique and structures, but Cosmos were able to contain them with skill and speed, yet they were degassed and let in some lose joints for the champions to score valuable points.

Conquerors beat Cosmos 24-3 for the trophy and in the Third-Place game, Griffons thrashes Lions 55-3 in another exciting match.
Cosmos Buffaloes Ladies over-came Conquerors 12- 5 in a seven-side exhibition game. The accidental game saw two players ending up at the hospital.

Credit must however go to the medics who attended to injured players at the bench.