I have known for quite some time now that some New Patriotic Party (NPP) stalwarts have been scheming for the party’s indefinitely suspended General-Secretary, Mr. Kwabena Agyei Agyepong, to be returned to his post. Such move may be based on some positive discoveries that most of us non-insiders may not be privy to. Whatever the case may be, even as Mr. Ben Ephson, the self-styled pollster and newspaper editor-publisher, warned the other day, the ethnic dynamics and how these have been allowed to unsavorily temper power relations in the party make it such that any attempt to return Mr. Agyepong to his post, without also returning Mr. Paul A. Afoko to his post, would definitely not be taken kindly to by keen observers of NPP affairs.

More so, when Messrs. Afoko and Agyepong have been widely perceived to be operatives who have been treading in lockstep since the very first day that they were voted into office. Now, we learn that Mr. Agyepong is willing to resume the post from which he has been suspended for about a year, but on condition that his elder twin political sibling was also returned to office. Needless to say, this is apt to be quite a tough sell, in view of the fact that Chairman Afoko is obliquely, albeit deeply, mired in a legal battle whose prime suspect is Mr. Afoko’s younger brother, Mr. Gregory Afoko. It, of course, has to do with the acid-dousing assassination of Mr. Adams Mahama, then-incumbent Upper-East’s Regional Chairman of the New Patriotic Party. He is “obliquely” and “deeply” mired in the legal aspect of this most heinous of crimes because although he had not been physically present at the crime scene on that fateful night of Mr. Adams’ fatal assault, Chairman Afoko had capriciously copped an abortive alibi for his brother.
And so until the proceedings of the ongoing trial in which his brother, Gregory, is the prime suspect has been brought to a definitive closure, a sinister cloud of suspicion would continue to hang over his pate. And, needless to say, to have a Chairman with such rank suspicion of thick human blood on his hands would not bode well for the fortunes of the NPP in the lead-up to Election 2016. What may very likely be the motive behind the thoughts of those NPP movers-and-shakers who want Monsieur Agyepong to be promptly returned to his post, may have little or absolutely nothing to do with whether Mr. John Boadu, the party’s National Organizer, is having quite an extremely difficult time combining his substantive position as NPP’s National Organizer with his second hat as the party’s Acting General-Secretary. It may simply be the fact that aside from some routine political infighting at the party’s Kokomlemle headquarters, Mr. Agyepong has not been found to have been involved in any grievous matter in the way that his former immediate boss cannot be said not to have been.

But that Chairman Afoko continues to battle it out against party stalwarts in court, is another reason why Mr. Agyepong may not have his purported fond wish promptly acted upon. But even if the ligating parties decided to end their legal tussle and amicably resolve matters out of court, the Adams Mahama case would still be another hurdle that Mr. Afoko will need to have satisfactorily resolved in order for him to be credibly certified as one with a clean bill of political health. And clearly, it is highly unlikely that the Adams Mahama case will be resolved in time enough for Chairman Afoko to resume his post at party headquarters. On the other hand, I have decided not to discuss Mr. Sammy Crabbe, the suspended Second-Vice Chairman of the NPP, because I find his situation to be judicially over and done with. And, to be certain, if I had my way, Mr. Crabbe would have since long be expelled from the party.

I must also add that Nana Akufo-Addo and his henchmen and women would be better off focusing their energies on winning Election 2016, before deciding what to do with Messrs. Afoko and Agyepong. Retrospective experience from the 2008 Akufo-Addo/Kyerematen impasse tells me that this is a most inauspicious time for anybody to be thinking and talking about resolving individual differences. Sink all differences, pronto, and grab for the democratic power of governance. And then there will be a Minister for Conflict Resolution to deal with all this other stuff.

I am incurably a Ghanaian of both Akyem and Asante descent. In both Akan sub-ethnic polities, I belong to the families of founders and nation builders. And I can tell you, my dear reader, without any fear of contradiction, whatsoever, that there is neither an Akyem-Mafia (Kyebi-Mafia) or Asante-Mafia (you may choose to call it the Kumasi-Mafia). There is only one Mafia, known as the Ghana-Mafia, which is divided into several centers of political interests. 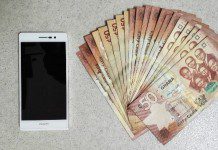