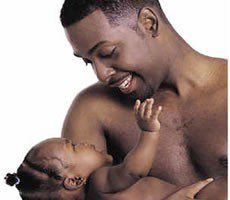 Nestle Ghana has introduced paternity leave for its male employees to support exclusive breastfeeding for infants within their first 1000 days in life.

Speaking to climax the World Breastfeeding Week Celebration in Accra, Moataz El Hout Managing Director of Nestle said the company had introduced paternity leave for its employees and is scaling up its activities about the importance of breastfeeding by engaging with healthcare professionals, employees and fathers to back low exclusive breastfeeding rates, poor feeding practices and the use of inappropriate complementary foods in the first two years of life.

The durbar, organised by Nestle, was on the theme: ?The Role of Fathers in Supporting Breastfeeding.”

Mr Moatez said Nestle would partner government, through the Ministry of Health (MOH) and Ghana Health Service in their numerous efforts to promote and protect breastfeeding in order to provide safe and adequate nutrition for infants.

?Breastfeeding, described as an ancient act and a modern miracle has shown tremendous benefits to the infant, the family and the world at large and remains a key strategy in achieving the Millennium Development Goals (MDGs) of reducing by two thirds under five mortality,? he said.

Dr Margaret Neizer a Pediatrician at the Princess Marie Louis Hospital said it is about time men get involve to support and help in making the decision for exclusive breastfeeding for the first six months.

She said breast milk is highly nutritious and cost effective and has the tendency to prevent infections, reduce cancer as well as dental problems.

Dr Neizer said it also reduces bleeding after birth, breast cancer by 24 per cent in mothers and brings emotional satisfaction to mothers as well.

The role of fathers she said cannot be overemphasised and added that they could engage older siblings to take some of the stress from women and also be on the alert for depression among lactating mothers for early attention.

She lauded Nestl??s introduction of paternity leave and said industry role for successful exclusive breastfeeding such as light schedule for lactating mothers, working from home if possible and increase of maternity leave from 12 to 16 weeks is the key.

Director of Policy, Planning, Monitoring and Evaluation of the MOH, Dr Afisa Zakariah said the ministry had over the years devised several strategies and intervention such as baby friendly hospital initiative, comprehensive education at ante natal and post natal clinics and breastfeeding monitoring to monitor the implementation policies.

These notwithstanding, she said the need to get fathers on board had become necessary to help deflect negative comments from relatives and friends to get their babies off to a good start in life.

To meet the MDGs target of reducing by two thirds infant mortality rate and called for all hands on deck to nib the problem in the bud.

Nestle used the occasion to launch a breastfeeding room to help lactating mothers to continue breastfeeding exclusively for six months.

Check Out The African Print For ANU Official Friday Wear