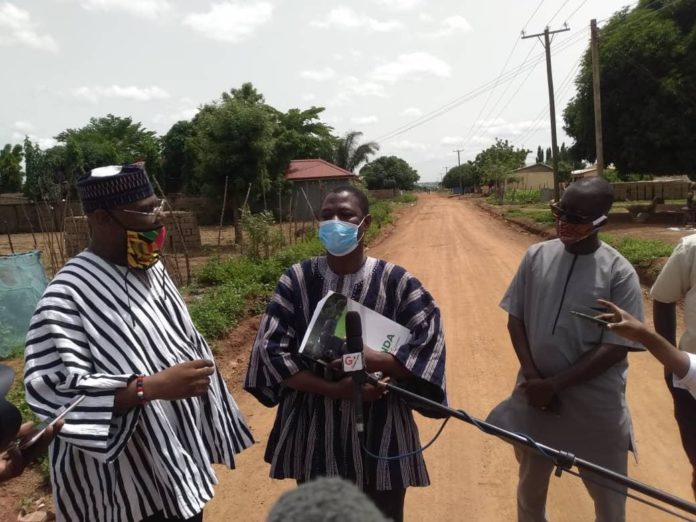 The Northern Development Authority (NDA) has initiated a total of 2,149 projects in the five regions in the north as part of the government’s Infrastructure for Poverty Eradication Programme (IPEP) to address the needs of the people.

The projects, which cut across education, health, agriculture, roads, electrification, water and sanitation, and social and economic sectors, were awarded in March this year and expected to be completed within six months.

In the Northern Region, a total of 740 projects are being executed in various sectors including 451 projects under education, 31 under health, 12 under agriculture, 49 under roads, 38 under electrification, 91 under water and sanitation, 68 under social and economic.

Dr Alhassan Sulemana Anamzoya, Chief Executive Officer (CEO) of NDA announced these in Tamale on Monday when he paid a courtesy call on the Northern Regional Minister to brief him about the operations of the NDA over the period.

The courtesy call on the Regional Minister also marked the start of 16-day monitoring of the projects across the five regions by officials of the NDA.

Under the IPEP, the government undertakes infrastructure projects in each constituency of the country to the tune of one million dollars to address the needs of the people.

Dr Anamzoya said the monitoring tour of the projects was to ensure that consultants and contractors executed the projects to highest standards and quality to ensure value for money and the well-being of the people.

Mr Salifu Saeed, Northern Regional Minister gave assurance of the Northern Regional Coordinating Council’s support for the NDA to deliver priority projects to address the needs of the people of the five regions.

Mr Saeed referred to the projects in the Northern Region and said the peace prevailing in the region made it possible for such projects to be initiated and appealed to the residents to continue to embrace peace for accelerated development of the area.

The CEO of NDA later visited five projects including a three classroom block for Vittin Ansuaria School in Tamale, a CHPS Compound and Nurses’ Quarters at Jana in the Nanton District, reshaping and graveling of a three-kilometre Shishegu Road at Sagnarigu Municipality, electrification project for the Gburumani community in the Tolon District and the construction of a Maternity Ward at Gbu-Lahigu community also in the Tolon District to assess progress and quality of work.

He expressed satisfaction at the quality and progress of work at the facilities.

At all the project sites, the contractors gave the assurance that the projects were being executed according to specification and would be completed on schedule to serve the needs of the people.

Mr Francis Tettey, a Board Member of NDA said the projects were dear to the government and the people and urged the contractors to continue to ensure that they executed the work to the highest standards to serve the people for a long time.

Some of the residents in the beneficiary communities lauded the government for initiating the projects, to address some of their challenges.