The Member of Parliament [MP] for Asin Central Mr. Kennedy Ohene Agyapong, has advised some members of the New Patriotic Party [NPP] with signs of lukewarm attitude to change for the better. 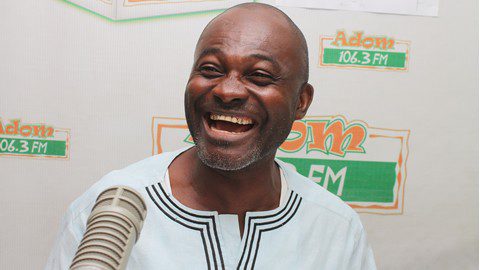 He advised the patriots who accordingly proud themselves of being NPP members but inwardly are sabotaging the great elephant party to change or get exposed.

The town hall meeting which was organized by the NPP-Toronto Chapter offered the platform for a healthy interaction between the party members and the members of the Ghanaian community here.

The Asin Central MP did not understand why some people go about claiming they are patriots of the NPP but are seriously sabotaging the party they claim to love.

?Can you understand this where someone says he is NPP member but goes about secretly recording proceedings at meetings and releasing it to the NDC media to destroy the party they claim to love?? he quizzed the attendees.
Kennedy Agyapong warned that with the victory coming to the party in 2016 all such party saboteurs who are refusing to turn coat will not be spared.

The Asin Central MP revealed that all the confusion that has been destroying the NPP started in 2008 when certain members began to fun the suppose Nana Akuffo Addo-Alan Kyeremanteng factions.

?All the confusions were from Nana- Alan, Alan Nana factions with certain people who claimed to be true followers of these two men thereby destroying the party.

?But since we started exposing those faceless persons hiding behind those suppose factions, there seems to be peace now in the party? he revealed.

Not mincing words this time, he warned that anybody who would be found in any attempt to sabotage the party to prevent it from winning the next election would be exposed no matter who that person is.

Kennedy Agyapong, challenged that the NDC has no track record to prove to Ghanaians that its government really brought development into their lives ?so they are resorting to using purported recorded tapes of some NPP top guns to campaign against the party in the next election?.

He said the NPP?s presidential candidate in 2016 election is no one else except Nana Akuffo Addo therefore all party members must unite to support him to victory so that his government can give Ghanaians the positive change they are yearning for.

Government to establish bank for traders