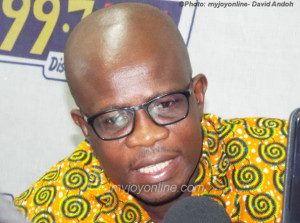 The Management of the National Service Scheme, on the advice of the Board has, with immediate effect, interdicted thirty-three (33) staff of the Scheme following receipt of official report from the BNI last week about the financial malfeasance identified in the operations of the Personnel Allowances Accounts in the 2013/2014 service year.

A press statement signed by the Acting Executive Director of the Scheme, Dr. Michael Kpessa-Whyte, indicates that ?the interdiction is the first in line of various administrative measures towards appropriate disciplinary actions?.

According to the statement, ?the staff members interdicted so far, are mostly from the National Secretariat and Regional Offices, and include Regional Directors, Accountants, and Administrators of the Scheme.?

Dr. Kpessa-Whyte further indicated that Management is reviewing sections of the report that focused on the involvement of District level officers of the Scheme to determine the appropriate disciplinary actions.

The statement also noted that the Scheme?s administrative and disciplinary measures are without prejudice to any legal actions by the State on account of President John Mahama?s relentless war against corruption and malfeasance.

It would be recalled that in October last year, the Board of the National Service Scheme asked some senior staff of the Scheme to step aside to enable the BNI carry out investigations without interference following allegations of ?Ghost Names? in the Scheme?s personnel allowance payroll.