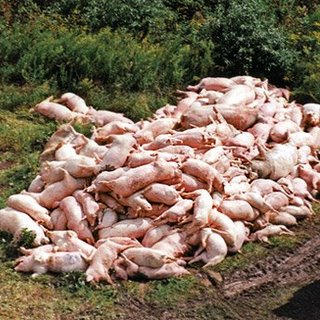 The number of pigs killed by the African swine fever in northern Tanzania has risen from 500 to 1,155, an official has said

Hezron Nonga, the Director of Veterinary Services in the Ministry of Livestock and Fisheries, on Wednesday told Xinhua in a telephone interview that out of the 1,155 killed pigs, 909 were in Kahama district, 56 in Geita district, 38 in Mbogwe district, 147 in Sengerema district, four in Kyerwa district and one in Misungwi district.

Nonga visited Kahama district to provide support to a team of experts formed by the government to contain the spread of the deadly disease that broke out in Kahama district in late December 2020.

Mashimba Ndaki, the Minister for Livestock and Fisheries, last week directed regional and district commissioners to control the transportation of pigs to curb the spread of the disease.

In March 2018, more than 900 pigs were killed by the African swine fever in the southern Tanzania’s region of Ruvuma.