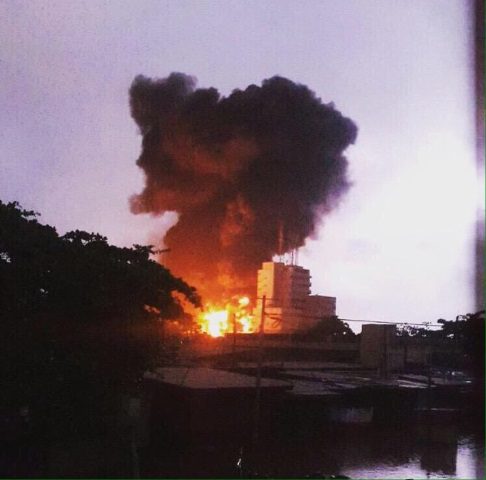 NIAMEY — Two Nigerien soldiers were killed and three others were injured on Wednesday when explosives carried by Boko Haram fighters exploded in the country’s Far East region of Diffa which borders Nigeria, Defense Minister Karidjo Mahamadou said in Niamey.
The minister said the tragedy occurred following the explosion of materials carried by Boko Haram fighters who had been shot at by the Nigerien soldiers when they tried to enter Diffa town. (Nigeria-Explosion)
– – – –
ATHENS — A 41-year-old man lost his life and his mother, 71, was injured on Thursday in a western Athens suburb when the car they were in was swept away during a flash flood, the Fire Brigade said.
Greece was hit by a wet front that caused flooding, damages to property and traffic jams in particular in the western parts of the country and Athens. (Greece-Flood)
– – – –
ISLAMABAD — At least 10 people were killed and several others injured in a sectarian attack in Pakistan’s southwest Bhag town on Thursday night, officials said.
Sarfraz Bugti, home minister of Pakistan’s southwest Balochistan province, said that a suicide bomber blew himself up at the entrance of a Shia mosque when a religious congregation was taking place inside there in Bhag area, a town located in the central part of Balochistan. (Pakistan-Attack)
– – – –
MANILA — The Philippines’ death toll from typhoon Koppu reached 43 while 78 others were reported injured in the northern part of the country, the state disaster management agency said Thursday.
The casualties came from six regions in Luzon, including Metro Manila, the National Disaster Risk Reduction and Management Council said. (Philippines-Typhoon)
– – – –
BAGHDAD — Iraqi special forces conducted a rescue operation in northern Iraq, during which they captured an Islamic State (IS) field commander and released a number of hostages, an official told Xinhua on Thursday.
With support of a drone, the soldiers on board five Chinook helicopters raided on Wednesday night an IS command and a prison at a village east of Hawijah town in the Salahudin province, said Jasim al-Jbara, head of the security committee of Salahudin’s provincial council. (Iraq-IS) Enditem