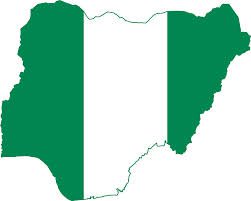 — Crisis is brewing between the National Assembly and the Federal Government over the 2017 budget. The Senate has suspended work on the Medium Term Expenditure Framework (MTEF) and the Fiscal Strategy Paper (FSP) and invited Budget and Planning Minister, Udoma Udo Udoma as well as Finance Minister Kemi Adeosun to brief its leadership on key areas of the budget. (The Guardian)

— The current recession rocking the Nigerian economy has hit one of the biggest employers of labor in the country outside of the government as the Dangote Group, belonging to Africa’s richest man, Aliko Dangote, has fired 48 members of staff.

Our correspondents gathered that those sacked were made up of 36 expatriate and 12 Nigerian workers from the group’s headquarters and one of the subsidiaries, Dangote Cement Plc. (The Punch)

— The National Electricity Grid on Sunday experienced further drop in its generation to about 3,531.7 megawatts. This will translate to a drop in supply sent out to the 11 Distribution Companies (DISCOs) across the country. (Vanguard)

— Local hunters who mobilized to assist the military in the warfront have foiled a midnight attack on a Madagali village in the northeastern state of Adamawa, killing seven militants.

Local residents said suspected Boko Haram fighters had attacked the village on Sunday, setting houses ablaze, and that a moment later, some fleeing residents alerted the hunters who had already heard sporadic gunshots from the direction of the village, that the hunters led by the commander of the Adamawa State Hunters Association, Bukar Jimeta, mobilized to the scene and engaged the attackers, forcing them to flee. (Daily Trust) Enditem