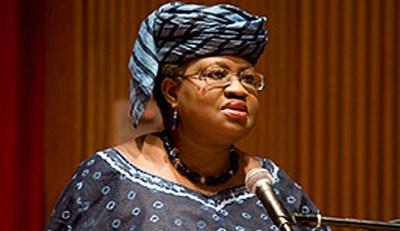 The minister of finance and coordinating minister for the economy,Dr Ngozi Okonjo-Iweala, has asked for urgent action with regard to an independent forensic audit of conflicting claims of unaccounted funds made by the Nigerian National Petroleum Corporation (NNPC) and suspended governor of the Central Bank of Nigeria (CBN), Mallam Sanusi Lamdio Sanusi.

In a statement sent to the British Broadcasting Corporation (BBC), the minister said, ?My position on this has been clear from the start. The ministry of finance?s reconciliation showed a shortfall of $10.8 billion in NNPC remittances to the Federation Account. After this, the conflicting claims continued with new figures such as $20 billion being mentioned.

?So since February 13, I have called for an independent forensic audit.President Goodluck Jonathan, indeed announced last night that there will be an investigation into whether there are any funds missing from NNPC. He also indicated that the correct process needs to be followed in this investigation and I understand that the entity that has the proper authority to initiate such an investigation is the Auditor-General of the Federation,? she said.

?I therefore want to see the truth from an investigation under the auspices of the auditor- general, which in my view should be undertaken as a matter of extreme urgency by independent external auditors,? the minister added.