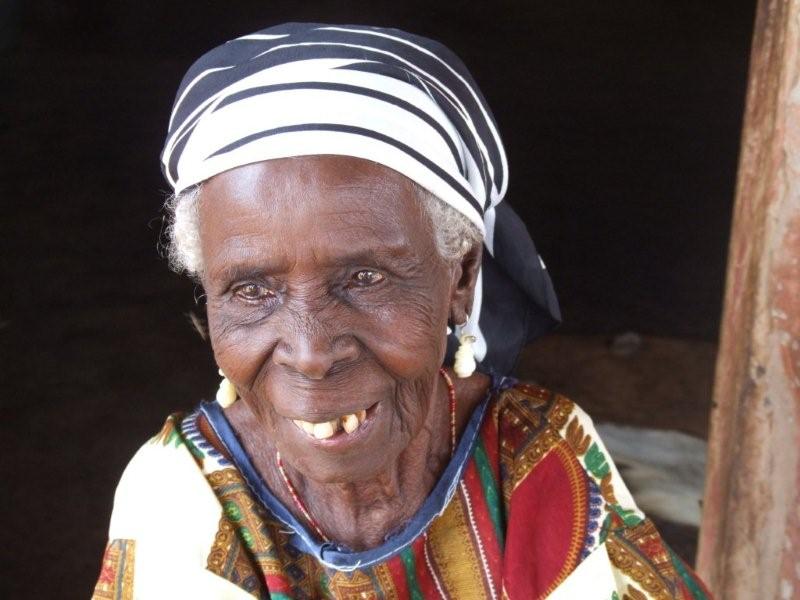 Words which are connected with old age include senility, gerontology, gerontocracy, geriatrics, andragogy, among many others. Who is an old person? It is said that age is a number because there are some people who are seventy yet they can do many things which young people cannot do because of their healthy lifestyles, and perhaps their own unique physiognomy. Thus, some old people are young at heart and they will tell you that age is a mere number. Yet there are many ailments which are connected with old people such as cancer, prostate cancer, arthritis, rheumatism,cataract, osteoporosis, gout, lumbago, cardio-vascular defects, hypertension, and urine retention, among others. We can define old people as all those above the pensionable age in Ghana, which is 65 years, and 68 years in the UK. The vulnerable groups in Ghana include the old, invalids or physically-, mentally-, and socially-challenged individuals of all age groups and gender. Dependants include those less than 14 years who are about 9 million in Ghana, those above 65 years who are about 1 million in Ghana, and those 15 to 24 years who are 5 million. In total, we have about 15 million dependants in Ghana, excluding the invalids across all age groups. Ghana?s latest total population is estimated at 24 million. The subject of interest of this essay is the 1 million people who have reached the twilight or evening of their lives, or those who are 65 years and above. A nation that fails to look after its old people loses a whole living library and museum of institutional memory, and may be looked upon as cursed to doom.

The demographic figures show that the active working age group of 25 years to 54 years has a population of 8 million in Ghana. This works out to a dependency load of 1 worker to 2 people on average, assuming all those in the active age group are in full employment, which is plausible because some could be housewives, and unskilled and uneducated people in the informal sector. The dependency load could well be 1 worker to 3 dependants, because the formal sector comprising teachers, nurses, civil and public servants, soldiers, policemen, prison wardens, immigration officers, among others cannot number more than I million. Thus, the remaining 7 million could be in the informal sector as retailers, artisans, farmers, commercial drivers, personal service providers, among others.

These statistics show clearly the distribution of poverty in Ghana, especially in a country where our per capita income is said to have reached only sub-thousand dollars per annum. Our national debt currently works out to the same per capita income of 1000 dollars, so if we are to pay off our debts, we all have to starve for one year to amortise our debts. Ghana?s urban population is currently put at 51%, and it is growing fast at 3%. This means that the rural-urban migration leaves behind many old people in the rural areas where public infrastructure and social amenities are lacking. Which people then are left to tend the farms, one may ask?
(www.ghanaweb.com/GhanaHomepage/Geography/Population.php)

The focus of this essay is, ?How do we care for the 1million elderly men and women in our midst who are 65 years and above, and who are senior citizens?? Should we exempt them from paying transport fares, should we exempt them from paying hospital charges, should we pay them a pension whether they worked or not? These old people are a national heritage as they have a wealth of human capital to share with the young. Some of these in advanced countries sit in the second chambers in the House of Lords, or Senate, or Council of State, and they are much revered and honoured because they are harnessed for their rich experience and insight.

Ghana at present has no clear policy on provision for old age support, save the statutory pensions for those who were in formal employment. Many will agree with me that our state institutions such as SSNIT, SIC, and the National Pensions Board have not lived up to their remit of looking after our old, especially where pensioners and retirees are subjected to a lot of bureaucracy when they retire and they have to claim their terminal benefits.

Some pension monies are indeed laughable, pitiable and an insult to our retirees, especially in the security services. My late father worked for WACRI (West Africa Cocoa Research Institute) now CRIG (Cocoa Research Institute of Ghana), and when he retired in 1958, he got a monthly pension of 13 shillings and six pence, which at the time, would buy 27 small tins of imported Ideal Milk brand! (Can some smart guy work out its equivalent in current terms?), for which he used to travel all the way from Winneba to Akyem New Tafo to go and collect every quarter. It was not much money in those days as we were 13 in the family, with two sets of twins, and other dependants to look after.

I have offered this example to illustrate the fact that the pension scheme has been neglected in Ghana since time immemorial, and it is time we examined and evaluated the stipends paid to our retirees. Of course, pensions and gratuities are all salary or wage-determined and wage-dependent. Nowadays, many investment products, financial derivatives, and insurance and assurance schemes and packages are replete and on offer on the market for workers for them to make some informedfinancial plans and decisions before they retire. Of course, retirees have to be extra careful about Ponzi schemes, pyramid scandals, and bubble money mirages, the likes of the Enron collapse. What about those who work for themselves and are living from hand to mouth? What investment plans can they make? These are the subsistence farmers or the bread-sellers, or peasant fishermen who catch barely enough fish hardly enough for home consumption.

The state has a bounden duty to look after its citizens, judging by the precepts put forward by J.J. Rousseau?s Social Contract. These ideas and ideals are neither Socialist nor Capitalist in orientation but rather they were spawned by the philosophers of the Age of Enlightenment during the era of Diderot, Voltaire, John Locke, Rousseau, Tom Paine, John Stuart Mill, and a whole school of social reformers. They advocated for the greater good to the greater number or sommumbonum or pro bono publicio.The EU have their Social Charter, the Scandinavian Countries and Canada came up with their Welfare State of looking after their citizens from cradle to grave, Robert Owen came up with his Utopian factories ideas, among others.

The debate of the duty of the state towards the individual?s welfare have been raging for ages in Thomas Hobbes Leviathan and the state of man without an organized society, Karl Marx and Frederich Engels? Das Kapital, and all the gamut of literature dating from Nicomachean ethics of Plato, ad nausea. In Britain, there were times when poverty and utter penury led to the Poor and Corn Laws being instituted with churches and parishes being put in charge to distribute welfare food and largesse to their congregants, and free Soup Centres were set up in the USA during the Great Depression of 1929 to serve the needs of thousands of famished citizens..

What prevents our government in Ghana coming up with policies to cater for our old as a palliative towards poverty reduction, in line with the UN Millennium Development Goals launched in 2000, and whichcomes to an end in 2015?

After serving their nation diligently and faithfully for the productive parts of their lives, sometimes for 35 to 45 years, it is a pity to see these old people dumped like garbage, and to see them suffering from indigence in horrible impecunious circumstances. Take the case of former illustrious Black Stars players, or Black Bombers? boxers, or national athletes, or Real Republican players, or famous musicians, or army and police officers.

During the time of ex-President Kufuor, he undertook a programme to pay monthly stipends to all old people. We do not know how far it went. We Ghanaians are fortunate in having strong family ties through the extended family system which is our social insurance against falling on in bad times, but with prevailing economic hardships, the sinews binding us are gradually giving way to nuclear families. Telling economic hardships are making many families to neglect looking after their old ones. We lack infirmaries, old age homes, hospices, and the like in Ghana. The onus falls on close relatives to look after their aged relatives.

There cases where some young ones torture their old ones to die early by starving them or beating them up, or declaring them to be witches and wizards, forcing them to flee their communities to go and live in witch camps as we find in some parts of northern Ghana. Some children of old people go to live in town or go abroad and they desert their old ones, without sending them remittances. These wayward and ungrateful offspring forget that the old ones brought them up. One good turn deserves another. I leave you with this poem of mine on growing old and old age, entitled, ?Only Yesterday?.

Only yesterday
Boys and girls were we,
We horse played and did hide and seek,
Teenage girls boobs bobbed and heaved,
Pandemonium reigned in the pants of teenage braggarts
Who were bloated with loads of braggadocio,
Yes, only yesterday,
Adulthood, a dim and distant prospect on time?s horizon

Oh, how time flies,
And it?s already today,
It arrives too soon,
Is time such a brigand,
To swoon us off our feet?

Only yesterday,
We pooh-poohed growing old,
Old people, we deemed skeptical and stupid,
We could run, climb and do acrobatic antics,
Only yesterday, we were lads and lasses
Brimming over with youthful impetuosity and
Exuberance,
Time was marking time for us, our trusted ally,
Our utterances were brash,
Our actions were rash,
Every deed or action, in a rush

Impatience written volubly over us,
But today, only a day after,
Suddenly, abruptly, already,
Old age creeps in like a time thief,
Grey hair sprouts like silvery mushroom
In unlikely places
We seem to make faces,
Scowling at our wrinkles,
The young view us with suspicion,
Our ways become tardy and measured
Indeed, we look tired and retired,
Too soon,
We are in the afternoon of our journey,
With many ambitions unfulfilled,
And the evening shadows arrive with alacrity,
Oh, only yesterday
The sun was at noon
With hallucinations which made us swoon,
But today, the sun casts its long eerie rays
From a low and tight angle,
Already, we are approaching our late afternoon

Today, too soon,
We are elders
At centre stage,
The limelight glows yellow on our twilight,
And like a sex thief,
We are caught red-handed, pants down,
Unprepared for our onerous roles,
Suddenly, the dawn dawns on us,
Life?s curtains are drawn down,
Dust begins to gather on the old-timers,
A new order begins with the ascent of the nascent,
And time, as usual, is no respecter of
Antecedents, celebrities or ex-stars,
New stars are born as embryos keep budding
In time?s womb,
The old school tumbles into time?s tomb,
From womb to tomb,
Reincarnation, is it?