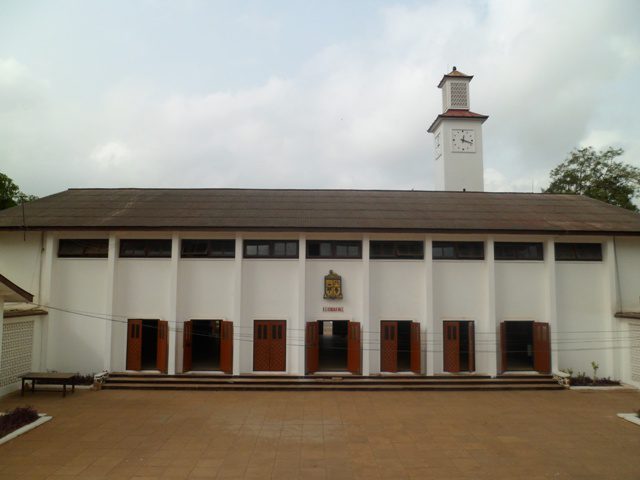 Nana Oson Breku Hin Atta IX, an old student of Accra Academy Senior High School, has called on old student groups to be committed and engaged more in guiding and mentoring students of their alma mater.

He urged them to help students who completed their school to do attachments and internships with them.

Nana Atta, who is the chief of Ntaakrom in the Lower Dixcove Traditional area, made these remarks on the side-lines of the Accra Academy 90th Anniversary Speech and Prize-giving Day.

He said they had pushed for the Ghana Education Service (GES) to allow the old students themselves to select their members to the school board, instead of the GES appointing them.

“We are even pushing for the President and Vice-president of the Association to be part of it. With this, they would be part of decision making themselves, instead of somebody else reporting to them,” he added.

He said this would help in forging a strong bond between the old student groupings and the school.

Mr Julian Kingsley Opuni, Managing Director, Fidelity Bank Ghana, and an old student of Accra Academy, advised the students to build good core values, saying, that would be guiding principles of their lives.

“Develop good interpersonal relationships skills among yourselves. Find people who can help you and those you can help and grow together,” he added.

Mr Emmanuel Ofoe Fiemawhle, Headmaster of the school, said the school was facing infrastructure challenge with the increasing number of students.

He said “The school requires a total of seventy-eight classrooms to accommodate the present student population as a single-track school.”

“Presently, the classrooms available can only accommodate 2,750 students representing 82% of the entire 3,354 student population, thereby maintaining the school on a double-track system,” he indicated.

He called on the old students’ associations and other philanthropists to come to their aid in providing infrastructure to the school.

They also funded the landscaping and greening of the school’s southern boundary, donated school uniforms and boots to the cadet corps and undertook disinfection of the school’s halls and classrooms and boarding houses.

The 1990-year group also presented cash prizes and certificates to best performing students of the school.