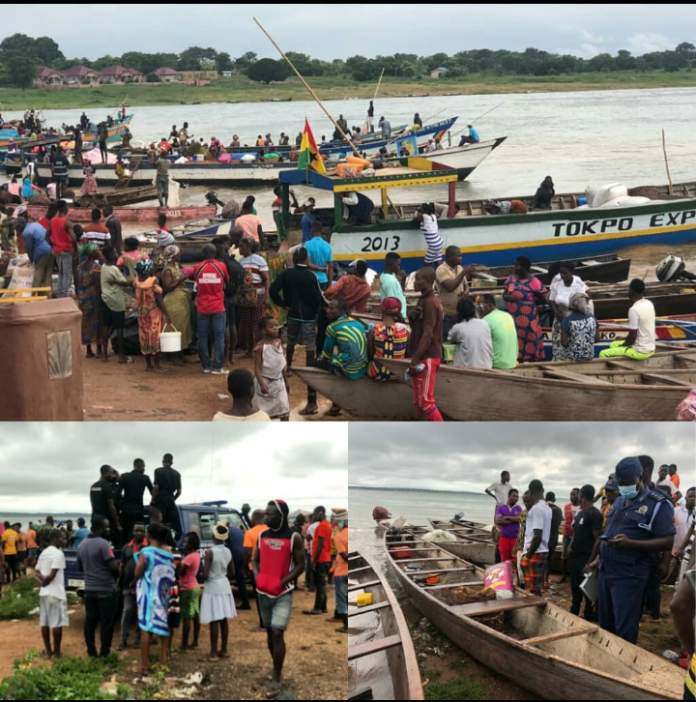 Volunteers are assisting the Ghana Navy and Police in Kete-Krachi to search for the body of a child out of five rescued from a boat accident on River Oti in the Krachi West District of the Oti Region.

The victims and their children were returning home to Nkomi after going to Kete -Krachi market, when a storm forced their boat to capsize.

Some residents, who spoke to the Ghana News Agency (GNA) said, disasters on the River seemed to have become common occurrences and created fear and panic not for the passengers on the River alone, but people, who settled in the island communities.

Mr Muntari Hukash, an eyewitness, told the Ghana News Agency (GNA) that five people were rescued from the River, including; two men, a woman and two children with the exception of one child, whose body was yet to be salvaged.

Assistant Superintendent of Police, Mr Samuel Nkrumah, Kete-Krachi Commander, who confirmed the incident to the GNA said efforts had been deployed to retrieve the body of the child.

The five have been sent to the Krachi hospital for medical attention.