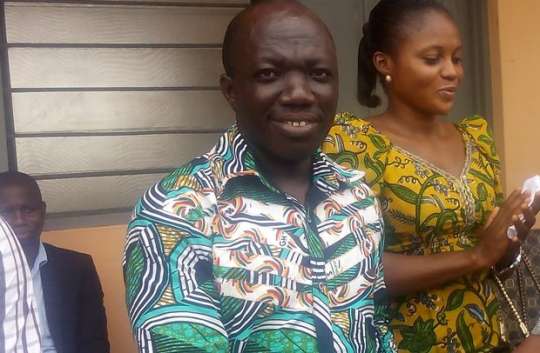 Mr Edmund Kodjoe Attah, District Chief Executive, of North Dayi has said that “only non-performing” Members of Parliament (MPs) complained about their roles in development.

He said though infrastructural development of communities was the mandate of the District or Municipal Assemblies, MPs also had significant roles in advancing developments through the common fund.

Mr Attah in an interview with Ghana News Agency (GNA) on the sidelines of the inauguration of board of governors for CYO Technical/ Vocational Institute, Sovie, he said MPs were initially only lawmakers until the introduction of the common fund, which they (MPs) received quarterly and was meant to improve on education, health,sanitation in their constituencies.

Mr Attah, who is also the New Patriotic Party (NPP) Parliamentary Candidate for North Dayi said some MPs were still of the view that their duty was just to make laws, but that role was redefined and they were to help in infrastructural development.

He said while some MPs were complaining and giving excuses for non performing, others with proper collaboration with their various Assemblies were developing their constituencies.

Mr Attah said it was about time the electorate voted for aspirants who would not give them “lame excuses” for non-development after being given the opportunity to serve.

He asked the electorate to be wary of people they vote for to Parliament, “don’t vote for people who only talk to constituents, but can’t advance their course in Parliament.”