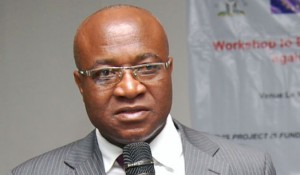 President Nana Addo Dankwa Akufo-Addo was among other patrons that witnessed the enstoolment of Mr Osei-Kyei Mensah Bonsu, Minister of Parliamentary Affairs as the “Sompahene”(Development Chief) at Breman Park, a suburb of Kumasi.

The enstoolment was heralded by high applause and cheers from the patrons including; Mr Abraham Ossei Aidooh, a former Majority Leader to register their joy and happiness

In a development that has enriched the cult of the already popular and highly respected Majority Leader, his pivotal role in the democratic culture of Ghana was celebrated by leaders of both Majority and Minority of Parliament on Sunday.

The enstoolment, which was under the auspices of His Royal Majesty, the Asantehene, Otumfuo Osei Tutu ll, created the opportunity for his peers to acknowledge and celebrate the longstanding NPP Parliamentarian.

“I have come to praise him on behalf of all Ghanaians,” President Akufo-Addo said in a short speech at the Breman Park where an investiture had been organised to officially enstool the Majority Leader as “Sompahene” (Development Chief).

President Akufo-Addo recalled his longstanding acquaintance with Osei Kyei Mensah Bonsu from the formative days of the 4th Republic when a young Kyei Mensah Bonsu had helped to forge the ruling New Patriotic Party (NPP) ahead.

The President who had danced with the Majority Leader before taking the podium underscored that even though Hon. Osei Kyei Mensah Bonsu is of the NPP stock, his leading role in Parliament as Minority Leader, when the NPP was in opposition, and as Majority Leader now has been pivotal to Ghana’s democracy.

The President saluted the Majority Leader and thanked him for his invaluable contribution to Ghana’s democracy.

The official investiture also attracted a galaxy of political stars from the national capital, Accra, down to Breman, near Suame, where the event took place.

Mr Aidooh, who is currently a Board Member of the Ghana Gas Company, mentored Osei Kyei Mensah Bonsu, who had deputised him while he was the Majority Leader and Minister for Parliamentary Affairs under former President Kufuor.

“Osei Kyei Mensah Bonsu is the best MP ever to have come from the whole of the United Party (UP) tradition,” Lawyer Aidooh said in an exclusive interview on the sidelines of the investiture ceremony.

According to him, on 7th January 1997 when the NPP first went to Parliament as a Minority group, Osei Kyei Mensah Bonsu was among the 61 NPP MPs who had been sworn into the August House at age 39 at the time.

“When I was Majority Leader and Minister for Parliamentary Affairs, Osei was my Deputy. He was such a brilliant young man, a very efficient planner. I remember marveling at the fact that even though he was not a lawyer he commanded deep legal knowledge and aptitude.”

Lawyer Abraham Osei Aidooh also praised the current Majority Leader for his humility and God fearing disposition describing him as a gem.

“When we (NPP) were in opposition, Osei performed very well as Minority Leader and was very outstanding in the Minority Caucus,” Lawyer Ossei Aidooh said crediting the NPP’s return to power, partly to the good performance of Hon. Kyei Mensah Bonsu.

Former Majority Leader, Alban Kingsford Sumana Bagbin also extolled the Majority Leader in an address to the audience, confirming that Hon. Kyei Mensah Bonsu had indeed been only 39 years old when he first went to Parliament.

“In spite of his young age however, he said the young man conducted himself so well that he was quickly made the secretary to the NPP Caucus in Parliament.”

He said Mr Kyei Mensah Bonsu’s brilliance had since giving him the opportunity to lead delegations to so many continental bodies, including the ECOWAS Parliament.

“We have come down to Kumasi here to celebrate him; he has served Parliament well,” Hon. Bagbin said.

Among the political stars that also trooped down to Breman to celebrate Hon. Ossei Kyei Mensah Bonsu was an executive member of the opposition NDC in Tema East, Stephen Ashitey Adjei, alias Moshake.

Moshake who is also the leader of the ex GPHA workers whose severance benefits had remained unpaid since 2002 praised the Majority Leader for his contribution to Ghana’s democracy saying Osei Kyei Mensah Bonsu has been a great talent for all Ghanaians.

“I am a member of the NDC but who can deny the pivotal role of the Majority Leader in Ghanaian politics? He deserves every praise given him. I congratulate him for his royal elevation and hope the efficiency that he has shown in Parliament so far will be brought to bare here too,” Moshake said.

Later, at a reception held at the Golden Tulip Hotel in Kumasi, the Majority Leader expressed appreciation to his colleagues for the honor done him.

He however singled out Lawyer Abraham Ossei Aidooh as his senior who performed above par when he (Lawyer Aidooh) was the Majority Leader and Minister for Parliamentary Affairs.
GNA/Newsghana.com.gh