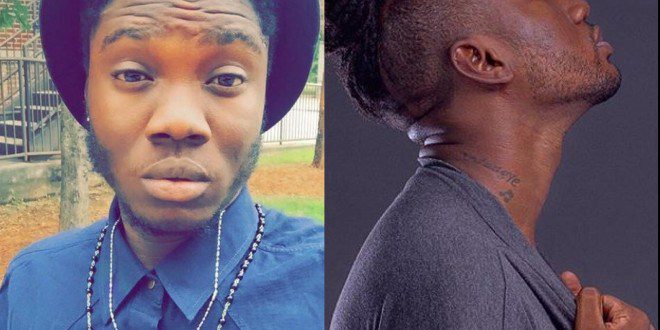 One of the members of R2Bees Movement who goes by the name Showboy says Pappy Kojo is a joke and calls him a mosquito rapper. Showboy who is the CEO of 2HypeNation records and clothing,lives in the USA and has an artiste signed under his record label who goes by the name ‘Angla Boy’.Angla Boy who is also a fante rapper and resides in the states with Showboy,dissed the ‘Ay3 Late’ rapper in a recent snapchat video that he is no match for him(Angla Boy).

Showboy called Pappy Kojo up for a rap battle between himself and Angla Boy,saying he is going to place a bet of $20000 on the battle and he knows for a fact that Angla Boy will ‘murder’ Pappy hands down.He further said that they (Showboy and Angla Boy) are ever ready to go anywhere in the world, be it London,Germany or even space for the rap battle. Showboy who also goes by the name Kwabena Safo in real life, claimed that Pappy does not write his own raps instead,Joey B does it for him.Interestingly, he said Pappy wears cheap clothes and has no swag at all. Can the ‘Fante Van Damme’ prove his forte by battling Angla Boy or would fear and not even show up for the rap battle? Watch a recording of the snapchat video here and leave your comments.Subscribe to our Youtube Channel for instant updates of videos.

R2Bees drop ‘Eboso’ ahead of ‘’Back 2 Basics’’ album release

Suspected member of kidnapping syndicate arrested, one on the run

Five Assemblies in Upper East do not have Presiding Members

CPC has strong leadership and power to unite: member of Lebanese Communist Party