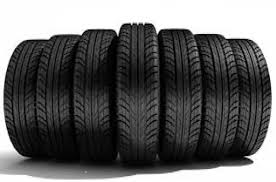 An advocacy organisation called Part Worn Africa has called on governments and regulatory bodies across the African continent to develop and enforce stronger regulations governing the sale of part-worn and second-hand tyres.

Part Worn Africa will advocate that part-worn and second tyres be universally and stringently regulated according to rigorous standards and specifications in the same vein as those against which originally manufactured tyres are held to.

Africa is plagued by inadequate legislative and regulatory frameworks and an absence of minimum safety and quality standards for what may constitute a safe to use second-hand or part-worn tyre.

The inability to enforce stricter safety and quality standards such as those applied to new tyres leaves African road users, whether they are drivers, passengers, commuters or pedestrians, vulnerable to unsafe, ill-suited and illicit part-worn tyres that may be more affordable, but in reality, cost lives.

Africa has the highest rate of road traffic deaths in the world, with 26.6 killed per 100,000 inhabitants. Studies reveal that defective tyres are a leading cause of fatal collisions. The United Nations Decade of Action for Road Safety (2011 – 2020) called on African countries to implement concrete actions to improve road safety and halve road deaths by 2020.

“Unscrupulous operators take advantage of porous tyre waste disposal processes to gather ‘stock’ for resale, while others resell tyres rejected from other countries outside Africa because they are no longer fit for use.

This makes them dangerous, a fact further compounded by these tyres often being ill-suited to Africa’s climate and road conditions,” explains Abdul Waheed Patel, Director of Part Worn Africa.

“There is a need to protect road users by developing, enforcing and monitoring compliance with appropriate legislative and regulatory standards and specifications for second-hand and part-worn tyres, uniformly across Africa. Drivers who may be experiencing financial pressure often choose unverified cheaper tyres without being aware of the associated safety risks,” he adds.

Safety certification for a part-worn or second hand tyre is imperative. There are inherent limits and thresholds beyond which a used tyre can be reconstituted and repurposed safely beyond its original lifespan.

Once these limits have been reached, tyres should be safely disposed of in accordance with regulated tyre waste management practice. However, many of these unsafe tyres are returned into the African market, with unsuspecting and financially strapped drivers becoming the victims.

Part Worn Africa will work with governments, regulatory bodies and multi-sectoral interest groups across Africa to address the policy, legislative and regulatory deficits that expose unaware consumers to this major hazard on Africa’s roads.

Addressing these issues will also confront an unchecked illicit economy in the trade and sale of unregulated and unsafe tyres, which is also typically characterized by unfair competition, irresponsible business practices and dumping of these tyres on African roads from jurisdictions where they are no longer suitable for use elsewhere.

“The use of second-hand tyres, where the buyer has no knowledge of the tyre’s age or repair history – together with the illegal and highly dangerous practice of ‘re-grooving’ tyres to create greater tread depth – are a significant cause for concern within Africa’s informal tyre sector,” says Riaz Haffejee, SRSA CEO.

“Our custodianship of and partnership with Part Worn Africa seeks to advance our already well-established manufacturing, product and consumer safety initiatives such as our ‘SaferThanSafe’ campaign and the Dunlop Container Programme, which formalizes informal tyre trade in a safe manner in converted container shops,” he adds.

Part Worn Africa will lend its expertise to national champions and regional actors to heighten awareness about the causes, challenges and consequences and solutions required to address the problem of unregulated part-worn and second-hand passenger tyres in Africa.

Part Worn Africa, a new advocacy organisation, is calling for governments and regulatory bodies across the African continent to develop and enforce stronger regulations governing the sale of part-worn and second-hand tyres.

It is doing so because there are inadequate legislative and regulatory frameworks and no minimum safety and quality standards in Africa around second-hand or part-worn tyres.

Part Worn Africa will advocate to heighten awareness about the causes, challenges and consequences of illegal and dangerous tyres on the African continent, and will share solutions that could save road users’ lives.