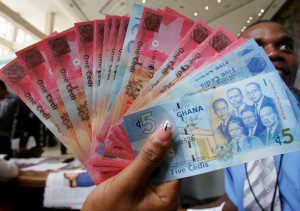 Produce Buying Company (PBC) failed to pay dividend to shareholders for the 2013/2014 financial year, due to the dwindling commodity prices on the international market and high inflation. He cited high inflation and interest rates, and continuous reliance on borrowings from the market to supplement funds for cocoa purchases, as some of the factors which had made things difficult for the company,

?It is worth to note that in the year under review, the company spent about 55.3 per cent of its gross earnings in servicing financial cost,? he added.

Mr Attah-Krah noted that in spite of these challenges, the board and the management would continue to manage the current situation with right strategies, policies and decisions, to bring the company back on track for sustained profitability.

He intimated that the company would continue to participate in the Specialty Cocoa Trade through the certification programme with Touton International Company, and would exploit the opportunity to expand it with other companies for the benefit of farmers.

Mr Atta-Krah pledged the readiness of PBC to put in place appropriate strategies to monitor and effectively manage the various investment projects being undertaken to ensure maximum returns.

?It is our hope that the two subsidiaries of the company, PBC Shea Limited and the Golden Bean Hotel Limited will be weaned off to make them self-sufficient and have them contribute to the growth of PBC,? he said.

He expressed his appreciation to the board of directors and management for their support during the year, in spite of its challenges.

Captain (Rtd) Kwadjo Adunkwa Butah, Chairman of PBC Board, cited assistance to the Ghana Police Command and Staff College, sponsorship of Akyem Kwamamg Community Clinic, and sponsorship of medical outreach to cocoa farmers, as some of the corporate social responsibilities PBC undertook in the financial year.

Others included sponsorship of the Asantehene Gold Cup Tournament, sponsorship for the 2013 Ghana Cocoa festival, and sponsorship of 2014 Stakeholders? Conference of the Ghana National Service Scheme, as some of their CSR.