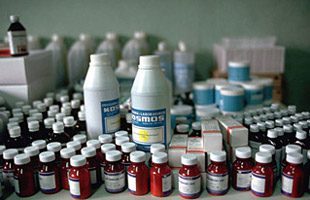 Nana Agyekum said establishing a joint partnership with international companies adds value to goods produced in the country for export and reduces the financial burden of local industries. 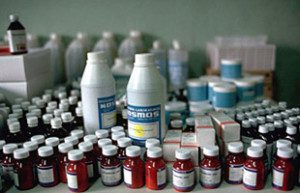 He said this in Accra when executives of the Ghana Chamber of Pharmacy paid a courtesy call on him to congratulate him for his elevation to a Chief.

He explained that the merger saw KAMA Industries retaining a 35 per cent stake in the company while ASPEN took 65 per cent shares, adding that the deal had led to the expansion of the company.

He said the decision to cede majority of the company’s stake was to inject more capital into the company and called on the local business community to consider collaborating with bigger companies to enjoy the benefits.

Nana Agyekum noted that many businesses in the country are struggling to survive, hence the need for them to consider partnering other companies to enable them to become more formidable.

He called for unity as the country prepares for the December 7, Presidential and Parliamentary elections.

Nana Agyekum urged private companies to motivate their staff since they play a key role to the success of the company.

Mr Harrison Kofi Abutiate, Chairman of the Ghana Chamber of Pharmacy pledged the commitment of members to partner with foreign industries to expand their operations globally.

Mr Anthony Ameka, the Chief Executive Officer of the Ghana Chamber of Pharmacy, said the pharmaceutical landscape is sound to attract foreign investors to improve the sector in an efficient manner.

This he said is an indication that if the sector gets support through tax subsidy, it would help increase their production.

Mr Ameka said in the pharmaceutical sector, 70 per cent of the medicines consumed are imported, and called on government to exempt taxes on all materials imported for production.

He was of the view that the pharmaceutical sector should get an enclave, where all the manufacturers could be established to meet international standard for accreditation as well as expand production.