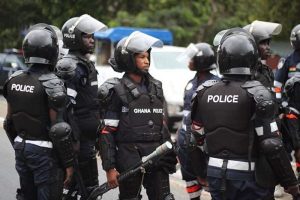 A 60-year-old driver, who allegedly defiled a 14 year old girl at Ablekuma in Accra, but escaped a year ago, has been nabbed and put before Accra Circuit Court. 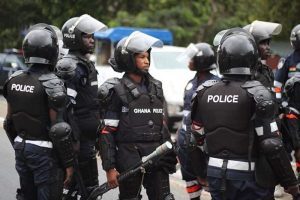 Isaac Dadzie, a painter, is said to have sent the victim to buy him sachet water and she returned with the water, asked her to bring it into his room.

When the victim entered accused room, Dadzie allegedly defiled her, the prosecutor told the Court.

Dadzie has, however, pleaded not guilty.

His lawyer, Mr Kofi Bonnie, therefore, prayed the court to admit him to bail.

The Prosecution, however, left the grant of Dadzie’s bail entirely in the hands of the Court.

The Court, presided over by Mrs Abena Oppong Adjin-Doku, admitted Dadzie to bail in the sum of GHC 30,000 with two sureties; one to be justified.

He is to reappear on March 15.

Chief Inspector Evans Kesse who held brief for Assistant Superintendent of Police (ASP) Agnes Boafo, the Prosecutor, said the complainant was a trader and the mother of the victim.

The Prosecution said the accused person resided at Ablekuma Bokoboko Down, with the complainant.

In January last year, they explained, Dadzie sent the victim to buy him one sachet water.

When the victim returned, Dadzie asked her to send the water into his room.

According to prosecution, as soon as the victim entered the room, Dadzie locked the door, covered the victim’s mouth and had sex with her on a mattress.

A neighbour who saw the victim entering accused person’s room, informed the complainant who also went to knock on Dadzie’s door several times.

As soon as the accused person opened the door, he escaped.

When the complainant entered accused person’s room, she saw that her daughter had been defiled, the prosecution said.

The complainant reported the matter to the Police at Anyaa and a medical form was issued to her to send the victim to the hospital.