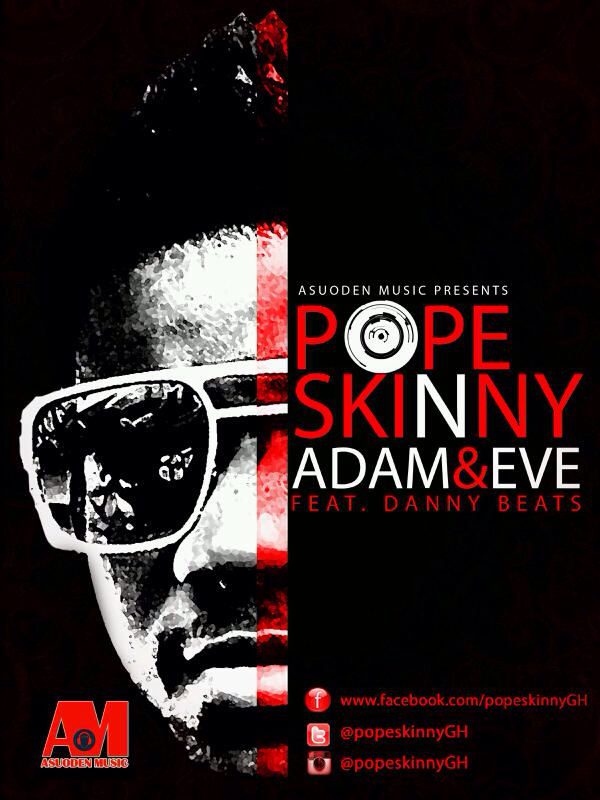 Asuoden Music lyricist Pope Skinny has disclosed on a national television on Father?s Day that his biological father should come and outdoor him officially since that?s the only thing that can make him forget the pain in his heart for his father even though he has thought of letting things go.

The rapper who released his new video for his new single Adam and Eve featuring Danny Beats said on SokooHemaa?sAnigyekrom on ATV that he went a lot growing up when his biological father rejected him when he was born. The ?Hot Cake? hit maker and Kasahari host on Adomfm revealed though his father was a rich man, he ignored his responsibilities and rejected him together with 4 sibling to his late mother to suffer.

He said every happy child enjoyed a naming ceremony and bears the name of his father. He said he can forgive his father but can?t forget the life his father rejection made him go through as he grew up. ?Now I talk to him and even go out with him sometimes but that pain is still in me. I need that naming ceremony thing, he should come and outdoor me. Then and only then will I have him in my heart as a father? he said.

Residents of Settlement unhappy with destruction of road

PWD unhappy with events in Parliament