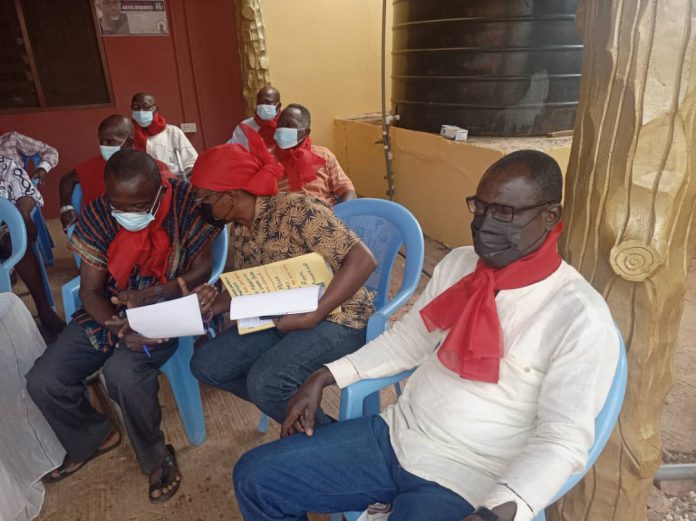 Heads of all 3 Royal Gates in Prampram have announced October as the month to install a new Paramount chief.

At a press conference in Prampram, heads of the Abbey Doku Mansro We, Tetteh Dzan Larbi Agbo We and Kwei Opletu We, indicated that the installation of a new Paramount chief which has already been communicated to the Regional Security Council and the Regional House of Chiefs, will take effect in the last week of October, 2021

The Paramount Stool father of the Prampram Paramountcy, Numo Osabu Abbey I, said all necessary arrangements have been put in place to enstool a new Paramount chief.

Meanwhile tension is currently building up in the area, as presence of police personnel is visible on the streets of Prampram.

He averred that their legality to install a new Paramount chief is based on the fact that, Prampram has only 3 royal gates of which the current imposter claiming to be the Paramount chief, does not belong to.

The Paramount Stool father said, the said traditional rites performed for the said imposter to be enstooled as a chief does not conform to their tradition, since he was not kept in the royal stool house which is expected of any royal enstooled.

He gave the assurance that there will be no bloodshed in the area during October’s installation, urging indigenes to stay calm.

PURC approves construction of mechanised boreholes in 4 Communities in Bibiani

Communities in Sissala East Get Boreholes